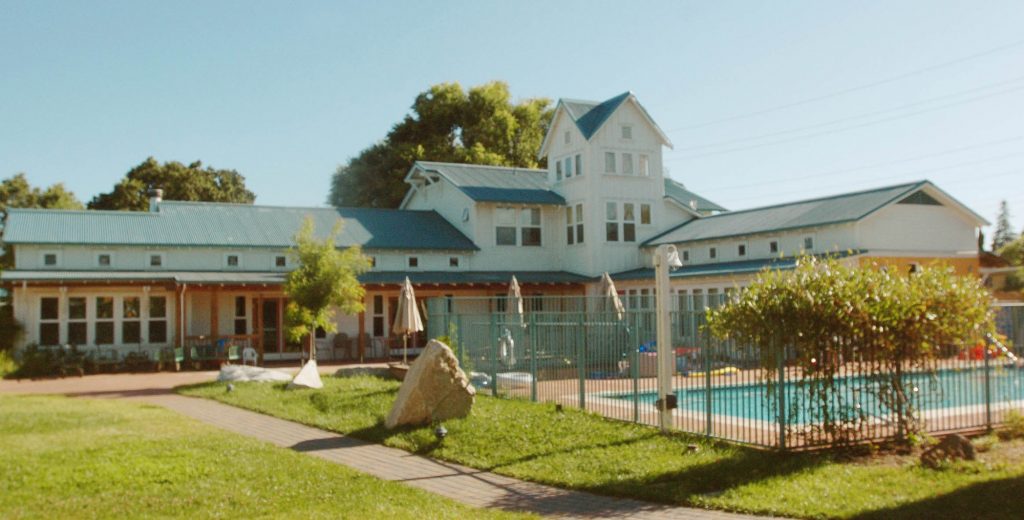 A suburban co-housing community sits on 2.2 acres in Pleasant Hill, California, July 11, 2006. This type of dwelling has existed in Pleasant Hill since 2001 where a common house with a kitchen, dining room, sitting room, laundry, kids room with a pool and spa. (Bob Larson/Contra Costa Times/MCT)

On Miller Avenue, a sustainable way of living is taking root in Iowa for the first time, under the name of Prairie Hill.

Construction has begun on Iowa’s first cohousing community, a type of living arrangement in which several residents to have their own private living units while sharing resources and common areas.

Cohousing, a concept that originated in Denmark, is more common on America’s coasts and in Colorado, said a member of Prairie Hill’s Board of Managers.

Composed of 36 separate living units, 15 of which are currently reserved, Del Holland said the first house on the property will be ready for residents at the end of the month. A common house and other housing units will hopefully be completed within the next year, he said.

“I’m a big believer in this,” he said. “The United States has strayed away from sustainable living, and this is a good way to do it.”

While some cohousing communities in the country are for retirees, Holland said, Iowa City’s will be multi-generational. This way, he said, young people can find help and mentors in the older residents.

Carolyn Dyer, a member of the Board of Managers, said this project began about eight years ago as a group of friends who came together to talk about their future, because their children had grown up and moved out. From there, she said, cohousing was discovered and found to be a fantastic solution.

Over the eight acres of land Prairie Hill sits on, Holland said, he’s most excited about the prospect of the common house, which will include a laundry room, a dining room, guest rooms, and a communal kitchen.

While each unit will also have a private kitchen, he said, the idea is some residents will come and make a large meal for everyone.

The houses will all be small, Dyer said, meaning fewer materials and less energy will go into their construction.

Prairie Hill will also have a strong environmental focus, Holland said. The buildings will be LEED certified, he said, which means each structure will be held to a global-sustainability standard.

Dyer said the cohousing community has a grant to manage storm water as well, so no rain leaves the land and potentially carries harmful substances into the Iowa
River.

Some of the land will be used for a communal garden, she said, so residents can grow their own food.

Nan Fawcett, a future Prairie Hill resident, said she looks forward to having the balance of privacy and community cohousing offers, celebrating each individual’s uniqueness.

While being able to enjoy going into one’s private unit for privacy and peace, she said, a short walk out the door brings one together with a cooperative group of people.

Instead of the individualized way of living this country has cultivated, she said, residents will be able to eat together, talk over morning coffee, work together in the gardens, and help each other through each
difficulty.