R&B sensation Witt Lowry will perform at Blue Moose as part of his I Could Not Plan This tour. 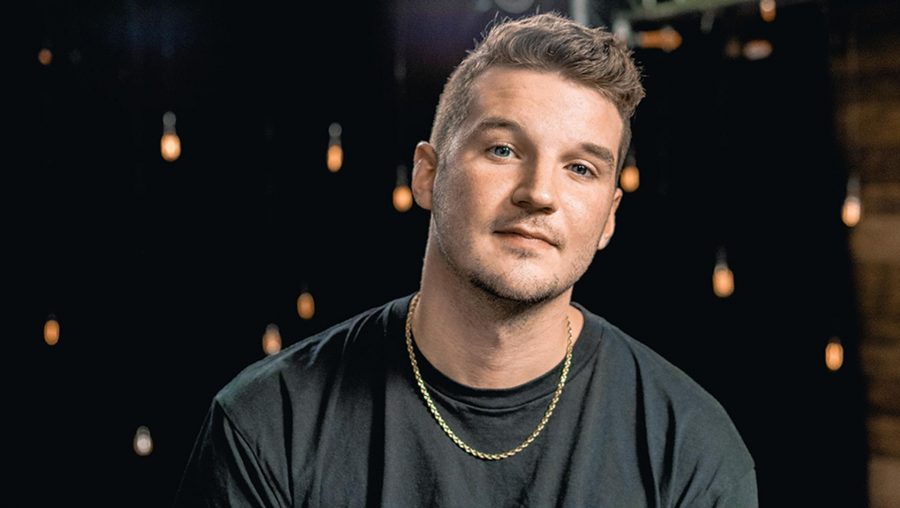 Before he turned into a hip-hop sensation, Witt Lowry was drawn to the art of storytelling. In high school, Lowry took every available English class and kept a journal filled with his poetry and expressions. As he grew older, Lowry realized that he needed to pursue what made him happy; ultimately, he ended his career as a graphic designer and pursued music full-time.

“If I could do music and get by, that was all I wanted to do, so I made that decision,” he said. “I am making much more of an impact on people through music than I am working any kind of desk job. Music is so much more rewarding.”

Lowry will make his Iowa City début at 7 p.m. today at the Blue Moose Tap House, 211 Iowa Ave., with special guest Ro Ransom, who has been with the group for the whole I Could Not Plan This tour.

“He is super-talented and just released a project called Momentum,” Lowry said. “We are excited to come to Iowa City.”

The release of his mixtape “Kindest Regards” in November 2013 and a series of follow-up singles solidified his fan base and heightened his fame in the industry. With the release of his album Dreaming with Our Eyes Open, he realized that his dream of pursuing music was turning into a reality.

“Every song on that album is important in different ways — they are all pieces to the same puzzle,” Lowry said. “I sit in my room and walk around for hours before I come up with lines that I can piece together.”

His fourth studio album, I Could Not Plan This, which was released in September, offers introspective lyrics, repetitive hooks, intense emotion, and multilayered beats. The album features artists such as MAX, GJan, Tori Solkowski, Chris Michaud, Deion Reverie, and Dia Frampton.

The opening track, “I Could Not Plan This,” sets the tone for the rest of the album. The album grapples with the death of his father, past relationships, untrue friends, and divorce.

“Figuring out things that I want to talk about, or issues that I think need to be addressed, or my point of view on certain topics will help other people,” Lowry said. “I am only in competition with myself — it is all about progression.”

Most of his creative influence comes from his life. Lowry watches people interact, pulls from his own experiences, incorporates stories that people have told him, and observes the ever-changing world around him.

“Writing is the most important part of music to me,” Lowry said. “My songs are interconnected and story-based. It is a challenge because I want to write a story, but I also want to add musical elements to it.”

Lowry comes up with a concept and looks for production that fits the concept. He views himself as a musician first and does not worry about the restrictions of genres or labels. His music is predominately rap-based, but he will “do whatever I can to execute the concept of the song and make the song the best that it can be.”