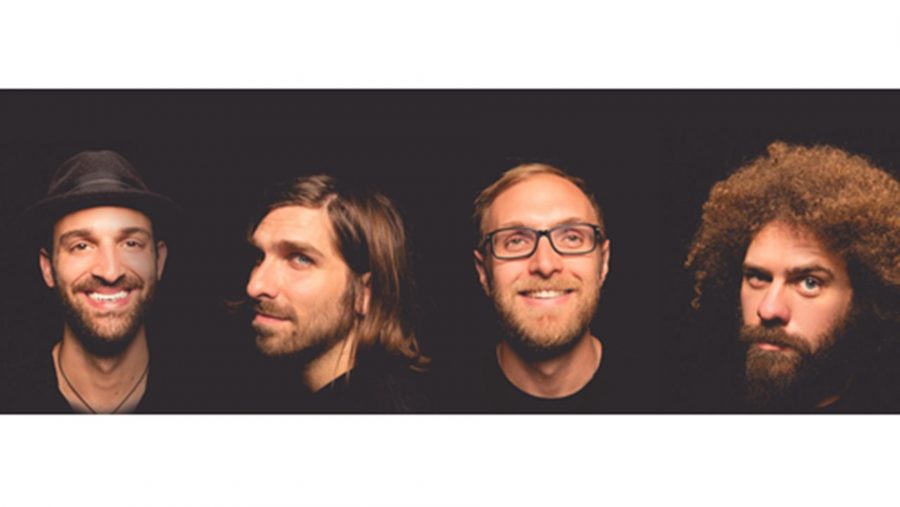 Dopapod started out as a Colorado-based, non-vocal funk band and has grown into one of the most influential jam bands to date. More often than not, Dopapod is associated with progressive rock and dance music, which has taken it from basement shows and college parties to music festivals and national tours.

The quartet met at the Berklee School of Music in Boston. Lead guitarist Rob Compa, who played in a reggae ensemble with keyboardist Eli Winderman, had already started Dopapod with former drummer Michelangelo Carubba. Bassist Chuck Jones and percussionist Neal Evans rounded out the quartet.

Its songwriting revolves around the initial concepts of Winderman. Winderman and Jones then come up with the lyrics and vocal harmonies, and the songs are finished with jam sessions with the other band members.

“We improvise all the time, which is a huge part of our sound,” Compa said. “We have also put a ton of [studio] work into our songs.”

The band’s most recent album, Megagem, was recorded in numerous locations around the country: vocals in Syracuse, basics in Colorado, guitar overdubs in a Newark apartment, and collaborations in rural Michigan produced a traveled album immersed in personal experience.

“This contrasts to how we have done albums in the past, where we have hibernated in this one recording studio for a week until it was finished,” Compa said.

Winderman believes that Megagem is a reaction to the ever-changing world. It urges us to live life in the present and grapple with the inner dialogues of our mind. The album is also a reflection on the group’s tour-life.

“Sometimes without realizing it, what is going on in your life is what you are writing about — themes are there without intention,” Compa said.

Dopapod takes pride in live performances. The members want each of their shows to be different and have a certain spontaneity to them. This is done through frequent improvisation, vibrant laser displays, and introspective lyrical imagery.

Some of their festival appearances include Wakarusa, Summer Camp, Electric Forest, Camp Bisco, and Bonnaroo, where Rolling Stone named Dopapod to its list of “Best-Kept Secrets.”

After five successful studio albums, seven years of live shows, and a plethora of memories, Dopapod has decided to take a year off after the conclusion of this tour, with the point of the sabbatical being to rejuvenate. Dopapod hopes to make touring as fun and fulfilling as when it started.

The Dopapod members are excited to come back to Iowa City. Their previous appearance was at Gabe’s last December, when they performed with Pigeons Playing Ping-Pong. Dopapod has had a steady fan base in Iowa City since the beginning.

“Just because I had not been to Iowa, I assumed there was nothing in it,” Compa said, joking. “Then we got to Iowa City, and it was this amazing forward-thinking town.”