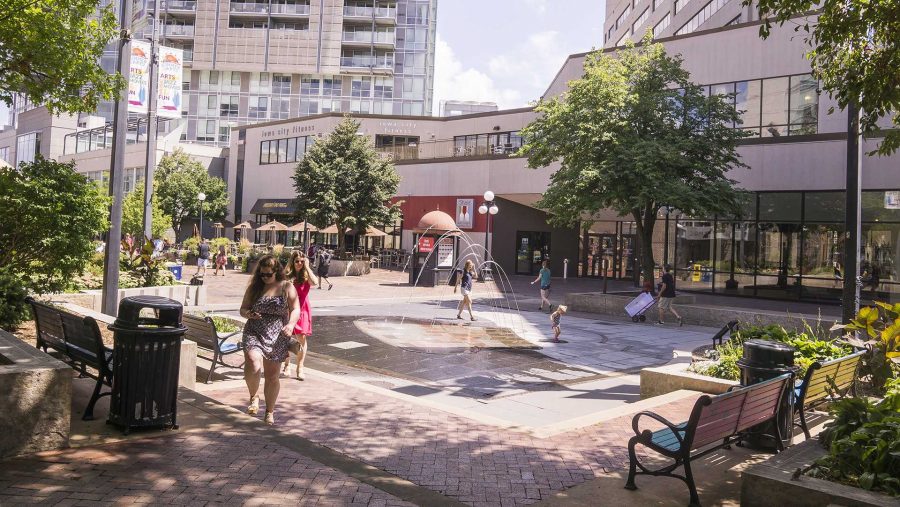 The Iowa City City Council approved an ordinance Monday that would allow structures to be put on the Pedestrian Mall for commercial purposes. These structures can be rented for up to 45 days by local business for retail and events.

There will be three pop-up shops that can be connected or stand alone. They will be fully heated and have full electrical capabilities, and they can be easily put up and taken down. They will also be fully accessible in line with the American Disabilities Act rules.

The growing holiday market is one of the reasons these structures are needed, Andrew said. The market has been held in Black Hawk Mini Park, and in past years, concerns have been raised about the sometimes brutal winter weather and overnight security for the vendors. Structures such as these have been popular in many other communities, he said, which gives them a good chance of being well-accepted here.

This year, the Downtown District will host the third holiday market on the Pedestrian Mall, although details have yet to be released.

“What this proposal would be is just an evolution in the winter market downtown,” Andrew said. “We believe in supporting the winter market, and one of the major benefits of it from the last couple of years was supporting local retailers and businesses in a really critical time of year for them.”

Betsy Potter, the Downtown District director of operations, said there has been a lot of enthusiasm from local retailers. The structures will hopefully stay up for four to five weeks, so many different businesses can use them over the time period. Potter stressed that the only retailers that would be able to use the structures are local, meaning no national companies can rent them.

“We have a lot of excitement around it from our retailers,” Potter said.

The idea has been well-received by the council, and City Councilors John Thomas, Kingsley Botchway, and Pauline Taylor expressed their excitement at seeing the new structures downtown. Taylor said she was excited to go shopping when they go up.