Kingsley Botchway will try to keep his presence on the City Council. 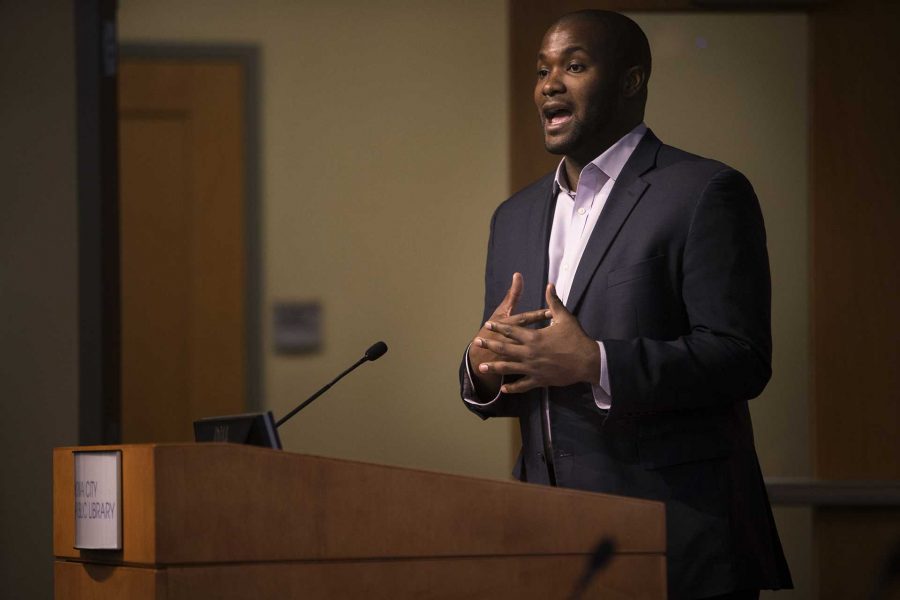 Kingsley Botchway II, 31, has been on the Iowa City City Council since January 2014, and is running for re-election in the Nov. 7 election.

Currently, he is the mayor pro tem, meaning he is similar to a vice mayor. Botchway is a native of South Carolina, but he has lived in Iowa City for 10 years.

Botchway said his interest in City Council was sparked when he started a program in law school and began working with the community. He said he saw council as “something he could do to advocate for people.”

His main three platform planks embrace affordable housing, economic development, and mental health. He believes these are important to the community and to the students, he said. Businesses were talking about these items, he said, and he knew they needed to be addressed.

As for economic development, Botchway said in a forum he supports racial and ethnic diversity in the workforce and in developing the Iowa City economy.

On mental health, Botchway stated at the forum that he wanted to make public funding for mental health a priority. He discussed a plan to train law enforcement in crisis management and said there are already 50 officers trained in that area, a step in the right direction.

When asked if these issues pertain to students, he indicated they do. He said, “Seven years ago, I myself was a student, and I talk to students quite frequently.”

He also said one reason the issues are relevant to students is because so many students graduate from the university and go to other places when they should stay here.

Botchway said the mental-health aspect is also important to students. Increasing the number of resources available could have a huge effect on the lives of many people.

Students should vote and be involved in the election, Botchway said, and do their research, come to meetings, and educate themselves on the topics.

“By getting involved, you can gain some skills, become engaged, and possibly even put yourself in a position to run for City Council in the future,” he said.