Covering a tragedy: the UI’s 1991 shooting

26 years ago, five members of the University of Iowa community were killed in a shooting in Van Allen and Jessup Halls. Local journalists were there to navigate through the chaotic night in a time before mass shootings became a part of modern American society. 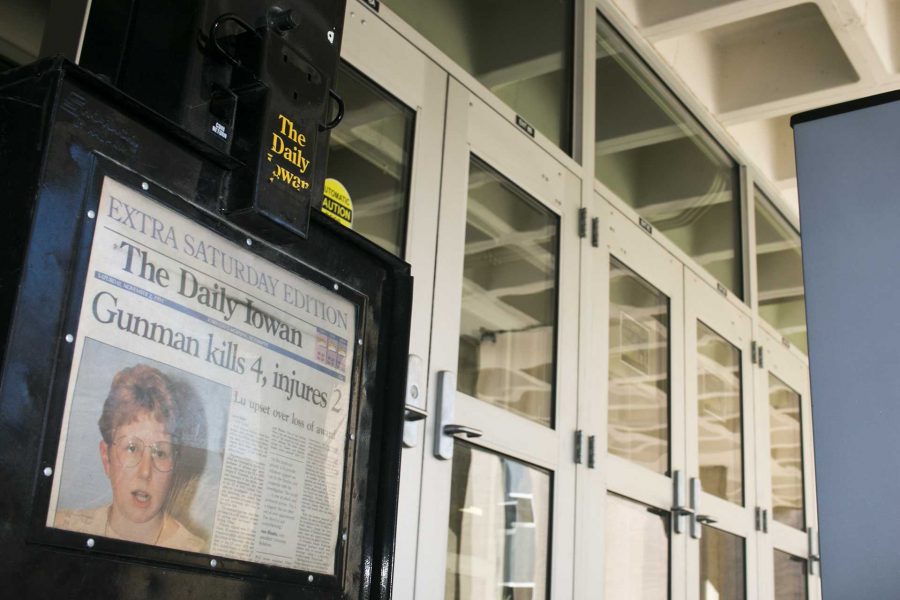 Οn any average day in Iowa City, hundreds of students stroll along the T. Anne Cleary Walkway, which connects East Side residence halls with the Pentacrest. Yet many of these students would struggle to come up with any information about the person behind the name — Anne Cleary.

Cleary, as well as four others on the UI campus, were shot and killed 26 years ago. The walkway was built as a memorial for the former associate vice president for academic affairs.

Cleary had been assigned to respond to Lu’s grievances about the physics department via month-long email conversations. Lu targeted her and the others who were killed. He had made out a list.

That Friday afternoon was a shocking moment for the victims and families, and national news was watching as Iowa City mourned. School shootings were not a regular part of American society in the early 1990s.

The day also made an indelible impact on the student journalists for The Daily Iowan. Now, 26 years after the shootings, local Iowa City journalists who covered the event as it unfolded recall how chaotic that fall afternoon and evening became.

Then-DI copy editor Annette Schulte is now the associate director of the Jacobson Institute for the UI Tippie College of Business and works in an office in Van Allen. She said every once in a while, the fire alarms go off, and it reminds her of the 1991 shooting.

“The emergency system has this quintessential 1950s movie-narrator voice telling you an emergency has been detected, and honestly, the first time I heard that, it was freaky as hell,” she said. “Then it occurred to me that not everyone would have these thoughts, because 98 percent of students taking classes in this building have no idea what happened here.”