The UI Center for Advancement brightens the day of a UI alum affected by the Oct. 1 Las Vegas shooting. 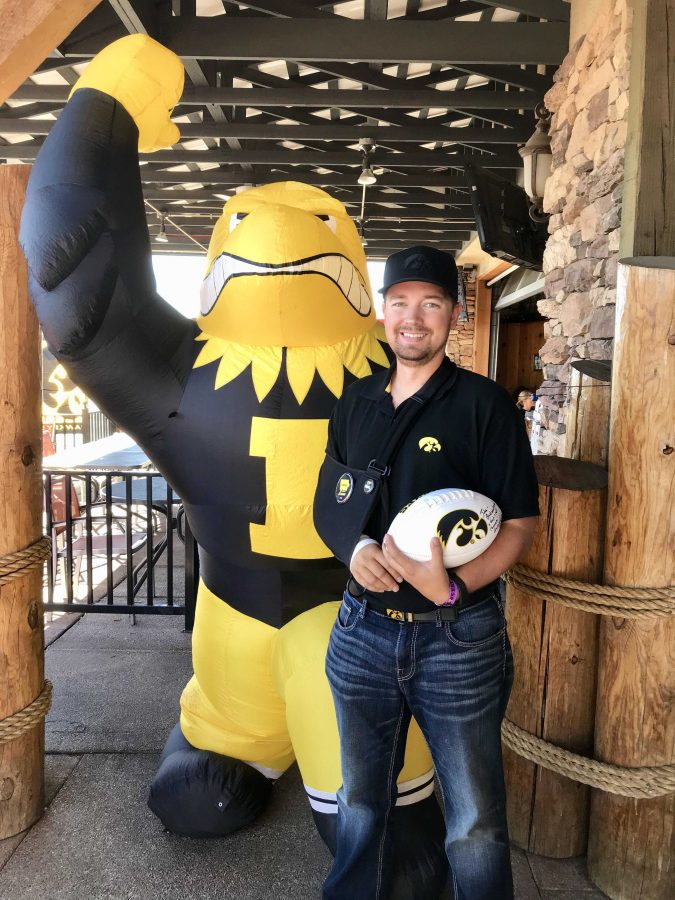 In response to the Las Vegas massacre earlier this month, the University of Iowa took “Iowa Nice” to a whole new level, one alumna said.

Kristy Hingtgen, the president of Las Vegas Iowa Club, said in an email to The Daily Iowan that Susan Griffith, the UI director of Alumni Engagement, called her the day after the shooting to make sure she was safe. Griffith knew Hingtgen usually attended Route 91, an annual music festival on the Las Vegas Strip that was the target for the shooter on Oct. 3.

Another member of the Las Vegas Iowa Club, Jake Andersen, was one of those injured in the shooting. On Oct. 18, he had surgery to remove bullets that had hit his arm, and now, he said, his recovery “has been going really well.” He should make a full recovery after physical therapy.

“I cannot thank [Griffith] and staff enough for their thoughtfulness, not only toward [Andersen] but toward all of us,” Hingtgen said.

After Griffith made sure Hingtgen, Andersen, and other members of the Las Vegas Iowa Club were safe, she went “above and beyond” and sent a signed football from head football coach Kirk Ferentz and a cake.

“I was very surprised and kind of humbled by the Alumni Association doing that not only for me but for the Club,” Andersen said. “It was really fantastic for them to put that together, and it makes me honored to be a Hawkeye and to have attended the University of Iowa.”

His brother, Ryan Andersen, said he is continuing to improve and has been keeping a positive outlook.

Jake Andersen is one of four board members of the Las Vegas Iowa Club, which works with the Alumni Association and plans local game watches for Hawkeye sporting events.

Hingtgen spoke highly of Griffith, saying she does an “incredible job supporting the Iowa Clubs around the nation.”

Hingtgen made a Facebook post last week thanking the UI Center for Advancement for the “Get Well” football that was presented to Andersen.

“The gift meant a lot to Jake, and it raised his spirits to know that people he never met were pulling for him,” Ryan Andersen said. “But this event took a toll on everyone, and having the UI reach out meant a lot to everyone knowing that they were being thought of.”

The Center for Advancement also sent a cake to the Homecoming game watch on Oct. 7.

“Everyone was so thankful and had tears,” Hingtgen said. “Times like this proves that it all is great to be a Hawkeye.”