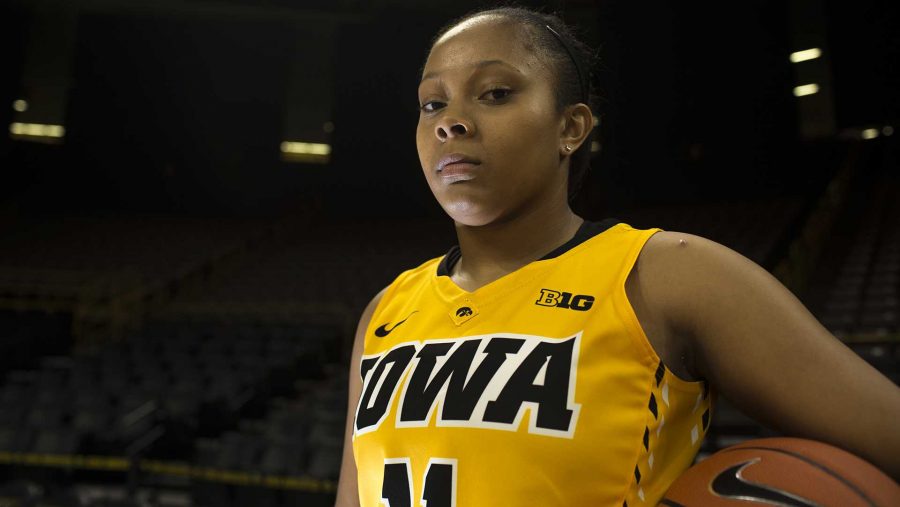 One of the major reasons for the Hawkeyes’ absence in last year’s tournament was easy to discern: Starting point guard Tania Davis tore her ACL in early February.

“That was a big blow to our team,” Bluder said. “Losing that leadership and depth hurt us last year.”

An ACL tear is one of the more devastating injuries a player can have, and the timetable for return is often a mystery. Some take as long as a year, while others, such as Iowa safety Brandon Snyder, take half a year, so it was uncertain whether Davis would be in uniform for the opener on Nov. 10.

Turns out having one of the best hospitals in the nation comes in handy — just like Snyder, Davis will find herself back in action sooner than expected.

“She’s way ahead of schedule,” Bluder said. “I really anticipated having her back by Christmas, and she will be suited up and ready to go. No one is happier about that than me.”

A reason for the head coach’s excitement about Davis’ early return is now she has three seasoned guards to put in her rotation as opposed to just two.

As happy as Bluder is, it’s a tough claim for her to say “no one is happier,” because the most excited person at the women’s basketball media day was Davis by a full-court shot.

For Davis, the toughest part about last season wasn’t the pain from the injury, but having the mental fortitude to get through the last part of the season not in uniform.

“The mental part for me was definitely tougher than the physical part,” she said. “Before I went down, I was one of the strongest players on the team, so getting strength back wasn’t going to be a problem.”

The Hawkeyes hope Davis can pick up where she left off last year, when she averaged 10.9 points per game with 4.3 assists.

With the loss of Iowa’s all-time leading scorer, Ally Disterhoft, Davis’ value to Iowa has gone up.

Someone needs to fill Disterhoft’s 16.5 points per game. That burden won’t fall completely on Davis, but she will certainly be a key player in lifting the weight.

If Davis takes one of Disterhoft’s shoes, a candidate to take the other is sophomore guard Kathleen Doyle, who started in place of Davis last year. The two hope they can form an assist machine in the Iowa backcourt.

“[Davis is] a great player,” Doyle said. “It’s going to be fun to get her back on the floor. I think we can work well together and hopefully [get] assists for days. She’s worked hard at her recovery, so we’re really excited for her to come back.”