Iowa City City Council prohibits the use of all tobacco in parks with new ordinance Oct. 17. 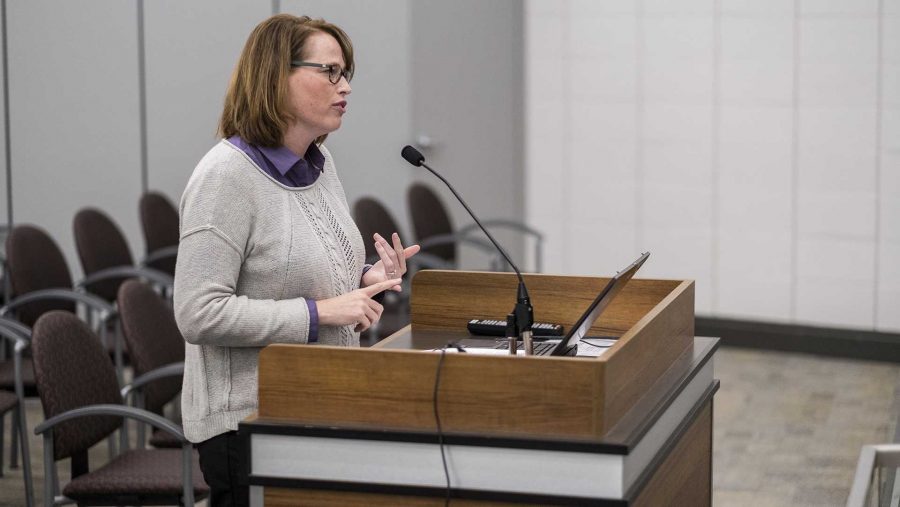 Tracy Hightshoe addresses the council regarding an application for a housing grant during a city council meeting on Tuesday, Oct. 17, 2017. (Nick Rohlman/The Daily Iowan)

On Tuesday night, the Iowa City City Council passed an ordinance 6-1 prohibiting the use of tobacco in all Iowa City parks.

While there were limitations on tobacco use in parks, chewing tobacco was permitted.

However, the ordinance bans all tobacco in parks, unless it is being used in a privately owned vehicle.

The banned substances include smoking tobacco, e-cigarettes, and chewing tobacco.

Mayor Jim Throgmorton was the only councilor against the ordinance.

City Councilor Rockne Cole noted that in previous meetings, Throgmorton questioned how dangerous the smoke in such open areas really was.

Cole said he was approached by a citizen who brought up a similar argument, saying if air quality is a concern, then should the burning of wood fires outdoors be controlled?