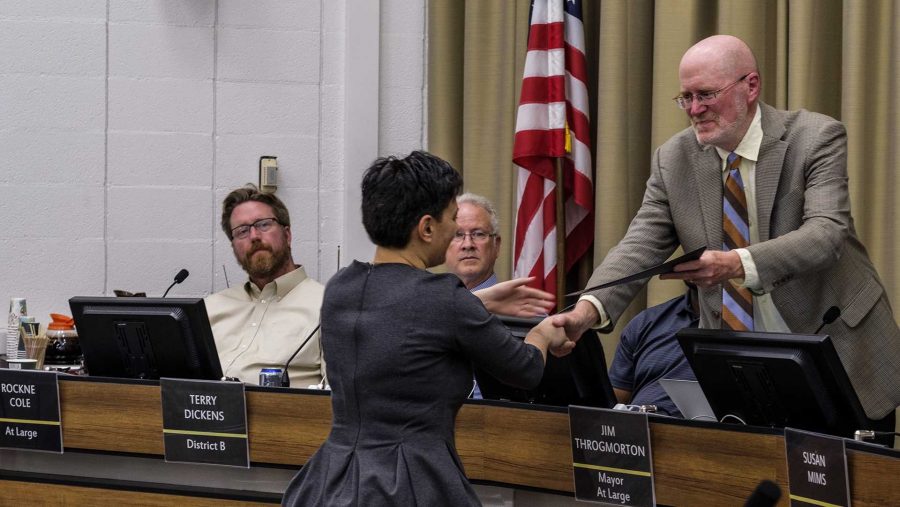 On Tuesday night, the Iowa City City Council voted 7-0 in favor of a resolution to construct residential housing that will include 60 units at 224 E. Prentiss St. and to commit local funds to the project.

To assist financially with the construction of 60 units of residential housing, the Dubuque & Prentiss Investments is applying for Workforce Housing Tax Incentives from the Iowa Economic Development Authority.

The developer needs the local governmental subdivision to support the application and commit at least $1,000 per unit as a component of its application.

Tracy Hightshoe, Neighborhood Services coordinator, said this was the 12th request, and so far, 11 have been approved for a total of 771 units.

Financial incentives are in place that reduce sales tax liability and give a 10 percent investment tax credit per a unit.

In order for the Dubuque & Prentiss to build the 60 units, it has to get the location rezoned.

The plan in place is very preliminary plan, but Hightshoe said, “Currently, it is compatible with our comprehensive plan. Legislative approvals are still needed before a concrete plan is in place.”

Hightshoe also pointed out that if the city approves the plan, they are not committed to support any future legislative processes.

City Councilor Pauline Taylor asked Hightshoe, “Did the 11 requests that got approved get the matching funding from the state?”

Hightshoe responded she did not know, because once they apply, the state does not notify them.

She also said, “this program does not require them to sell to income restricted people.”

The state only looks at whether the cost to construct is under $200,000 or not. In order to qualify, the developers have to go back to state and show their budgets. Once this happens, then the match will have to be provided.

Throgmorton said he was concerned “the memo stated that the Workforce Housing Tax Credit program was designed to assist the development of housing projects that are targeted to middle-income households and focus on the redevelopment or repurposing of existing structures. But what we are looking at here, and the others we have looked at, have been new structures.” He asked Hightshoe for help understanding this.

Hightshoe responded by saying, “it can be new construction, there is no requirement. It is any type of development that fits their under $200,000 per unit cap.”

Taylor asked Hightshoe if she anticipated a demand for these 60 units in this kind of structure.