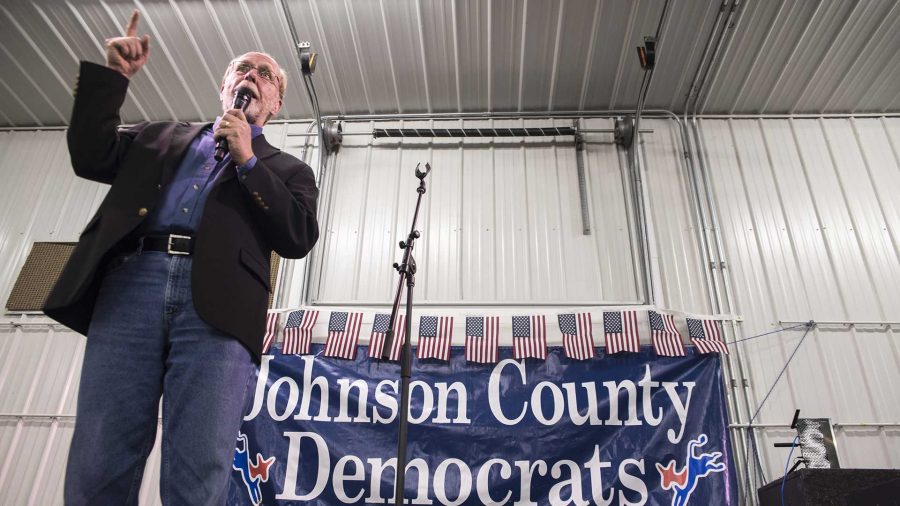 The need for a Democrat comeback in Iowa was the theme at the Johnson County Democrats’ barbecue and fundraiser in Iowa City on Sunday evening.

“It’s a challenging time, but it’s also an exciting time to be a Democrat,” said Christopher Taylor, the head of the Johnson County Democrats.

Taylor said every Democratic county party in Iowa is focused on regaining control of the Iowa Legislature and Governor’s Office.

“I think we’ve seen a worst-case scenario of how bad things can be under a Republican-controlled Legislature,” Taylor said.

Ross Wilburn, a candidate for the Democratic gubernatorial nomination and former mayor of Iowa City, said it’s not just Democrats who are unhappy with the recent decisions made by Republicans at the state level.

“There are independents, and Greens, and other parties and some moderate Republicans who are shocked at what leadership in the Republican Party has been taking steps toward,” he said.

Taylor said the Johnson County Democrats are prepared to do their part to get Democrats elected.

“I think there’s been a big push in the [Iowa Democratic Party], to their credit, to try to bring a lot of the county parties together so that there’s a sharing of best practices,” Taylor said.

“We need groups to … [make] themselves available to be deployable; to go out and help knock doors, to go out and help make phone calls, to help candidates in neighboring counties so that we can start to spread the wealth,” Weiner said.

She said the party did a good job of that for some of the recent special elections. Candidate for the Democratic gubernatorial nomination Sen. Nate Boulton, D-Des Moines, said he was involved in those efforts when he went door-knocking for two days during Phil Miller’s special election to the Iowa House in District 82.

“In a district that Donald Trump carried by 20 percent, we won a special election there for Phil by 10 percent,” Boulton said. “It’s about engaging voters.”

Boulton said it’s also important to understand many issues that have been pitched as urban versus rural are not as divisive as they may seem.

“People like my parents in Columbus Junction and Wapello just south of here are just as concerned about safe drinking water and habitat for hunting and fishing and quality schools,” Boulton said.

It’s important to engage with Democrats even in counties that are overwhelmingly red, said candidate for the Democratic gubernatorial nomination and former chair of the Iowa Democratic Party Andy McGuire.

“I’ve been all over western Iowa, I’ve been all over northern Iowa and southern Iowa; I’ve been around the state, and I have to tell you, people are fired up everywhere,” she said. “We have to go listen to people where they are, listen to what they’re struggling with, and tell them why the Democrats are listening and are going to have the answers.”

Weiner spoke for many when she said, “It’s time for us to start taking the offices back one by one.”