Volleyball prepares for a rematch against No. 6 Minnesota. 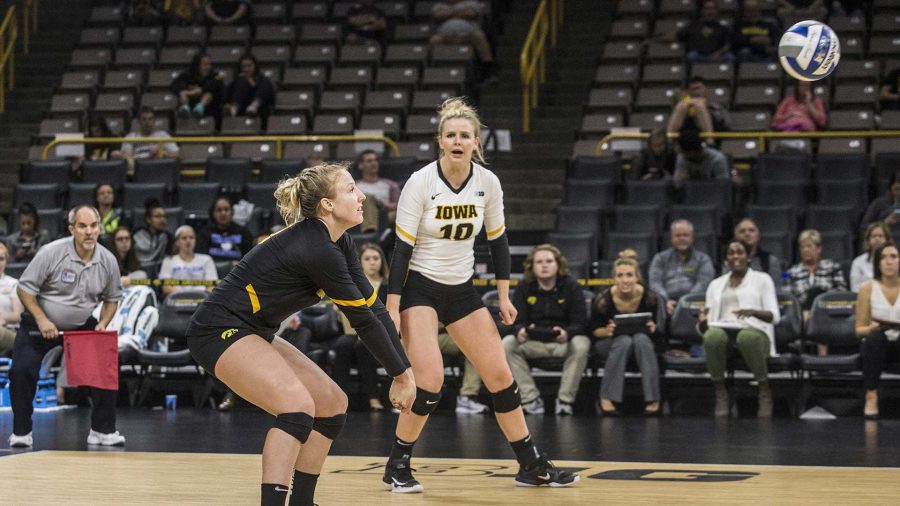 The Iowa volleyball team will travel to Minnesota this weekend to take on the Gophers for the second time this season on Oct. 15 at 4 p.m.

After sweeping Purdue on Oct. 11, Minnesota is ranked No. 6 in the nation; the Gophers are 16-2 overall, with both losses coming in Big Ten play. In their last meeting, they swept the Hawkeyes on Sept. 30.

Despite the loss, Iowa battled point-for-point with then-ranked No. 3 Minnesota, boosting its confidence going into this match.

“I think we were really close against Minnesota the first time; there were just a few 1 or 2 points that we needed to flip that we didn’t get done,” senior libero Annika Olsen said. “I think we’re obviously more confident since then. We’ve gotten more wins since then, so we’re just really excited to get them again. We’re used to what they’re doing, we know who their players are now, so it’s going to be a really fun match.”

In that first meeting, the Hawkeyes played sharp throughout the entire match.

Passing has been a big element of focus for Iowa lately, but the back-row success of playing Minnesota last time brings confidence that in tweaking some little flaws, all the pieces will come together.

“They’re one of the best teams in the country and they’ve earned that right, so we just got to pass in system and let our hitters do their job, and also just be willing to rally on and play long rallies and know that maybe you won’t get a kill every time, but to keep going until we get one,” Olsen said.

Looking at the last match will be important for Iowa to take those 1 or 2 points that it should have won and change the outcome for its advantage.

A rematch against a top-ranked team is all about executing the scouting report and making adjustments.

“Playing at their place will be a little different, but as we start to analyze what exactly the things were that were happening inside of our match with them last time, those are the places that we really need to make the improvements, whether its attacking in the correct zones or more importantly finding their hot hitters,” head coach Bond Shymansky said. “They’re a team that’s really good, but they’re really young, so there’s an opportunity there for us to go and get a big one.”

Playing against a team for the second time in a season always comes with its advantages.