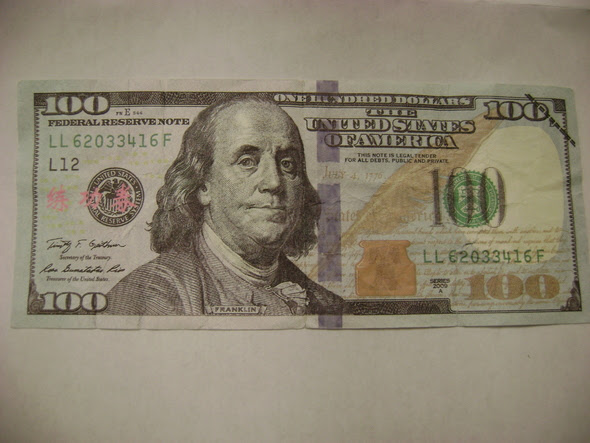 Images of the counterfeit currency provided by the Iowa City Police Department.

The Iowa City police have received several reports recently of counterfeit bills in circulation in the Iowa City area.

A press release from the city warned community members of numerous accounts of fake U.S. bills in circulation in the city.

The release stated the fake bills are printed on poor quality paper and have bright red or pink Chinese characters printed on the front and back.

According to the U.S. Department of Treasury, there are several ways for retailers and consumers to test bills for legitimacy.

In noncounterfeit currency, the bill should be rough to the touch; in denominations $10 and higher, the number in the lower right corner changes color from copper to green when tilted. $100 bills also contain a 3-D security ribbon in which images of bells and 100s should appear when the note is tilted.

There is also a color-changing bell located in the inkwell printed on the $100 note. Holding any bill to the light can also reveal the watermark and security thread to ensure it is a federally-issued note.

The release stated if people believe they have received counterfeit bills, they should not put themselves in danger, should get a description of the person who passed them the bill, and contact the police immediately.