Iowa cross-country will wrap up their regular season at the familiar Bradley Pink Invitational in Peoria, Illinois. 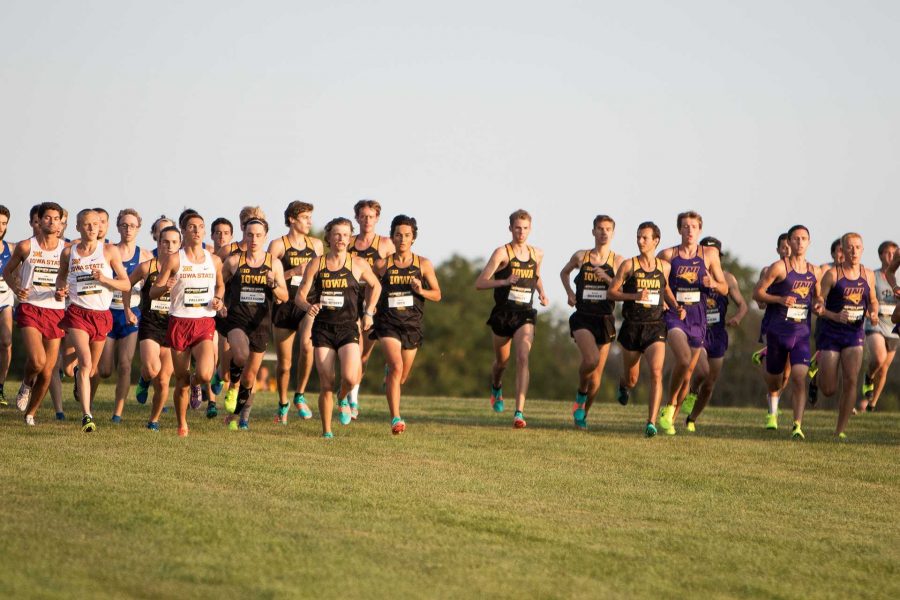 Iowa cross-country will wrap up its regular season at the familiar Bradley Pink Invitational in Peoria, Illinois.

The Bradley Pink Invitational is a regular race for Hawkeye cross-country, one that many of the harriers athletes have experienced. For Nathan Mylenek, one of the top Hawkeyes, today marks his second time on the Peoria course.

“It’ll be nice going into the race knowing exactly how it will be run and what the course is like,” said the sophomore. “I am able to run my race and know exactly what I want to do going into it.”

This familiarity will come in handy with the tough competition Bradley will host for both the men and women’s squads.

For Iowa’s women, the field includes 20 Midwest Region teams with eight regionally ranked. The ranked lineup consists of No. 3 Missouri, No. 8 South Dakota, No. 9 Kansas State, No. 10 Northern Illinois, No. 11 Bradley, No. 12 Northern Iowa, No .13 Loyola, and No. 14 Illinois State.

The Hawkeye men will be able to match the competition; they recently received a sixth-place ranking in Midwest Region. The ranking is the men’s highest since 2010, when the Hawkeyes ranked fifth.

Iowa’s men clearly kept the momentum strong through the various invitationals the season has presented.

Mylenek sees Bradley as a preview for the bigger meets ahead.

“We’ve already proved ourselves as team,” Mylenek said. “This race will prep us for what the conference meet is going to be like.”

With the regular season wrapping up and the postseason competition on the horizon, Hawkeye cross-country wants to stay steady.

Junior Daniel Soto has been made strides this fall after being injured for the 2016 season, and he’s confident in the talent that Iowa brings to the table.

“We’ve got a solid group of guys who want to go out and dictate how the race plays out upfront,” said Soto.

After this final regular-season race, Hawkeye cross-country will head to Bloomington, Indiana, for the Big Ten Championships, a meet Iowa has circled on its schedule for the entire season.