Volleyball chalks up another conference W 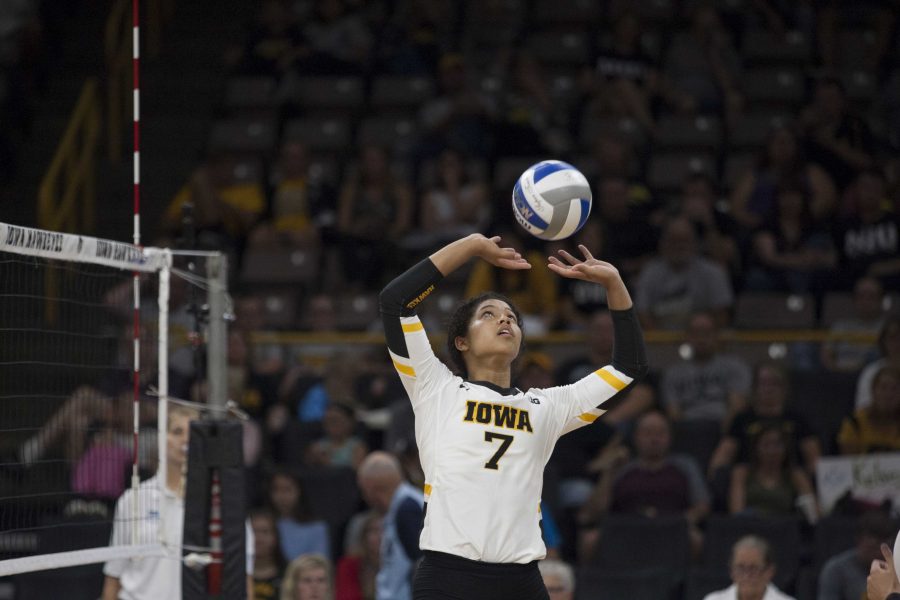 Iowa beat Indiana 3-1 on Wednesday in a midweek Big Ten matchup in Bloomington.

The Iowa volleyball team snared a victory in four sets over Indiana on Wednesday in Bloomington.

The first set was tight, with eight ties and two lead changes.

With the score tied at 4, Iowa went on a 5-0 run to take the lead and spark an Indiana time-out.

The second set wasn’t as close; Iowa jumped out to an early lead and never looked back.

A 9-2 Hawkeye run extended the score to 12-4, and despite a feeble comeback attempt by the Hoosiers, Iowa closed it out, 25-19.

Iowa and Indiana went back and forth to start off the third set, which featured four ties and three lead changes.

After being down 10-7, Indiana took a time-out and came back, scoring 6-straight points to take the lead.

Iowa then shut down, and Indiana went on to take its first set of the match, 25-17.

Iowa finished out the set 25-14 on a kill by senior middle blocker Kelsey O’Neill and secured the match victory 3-1.

The Hawkeyes recorded a .264 hitting percentage with 59 kills in the four sets.