Iowa City will remain a UNESCO City of Literature even though the Trump administration has decided to withdraw from the U.N. agency, effective at the end of 2018. 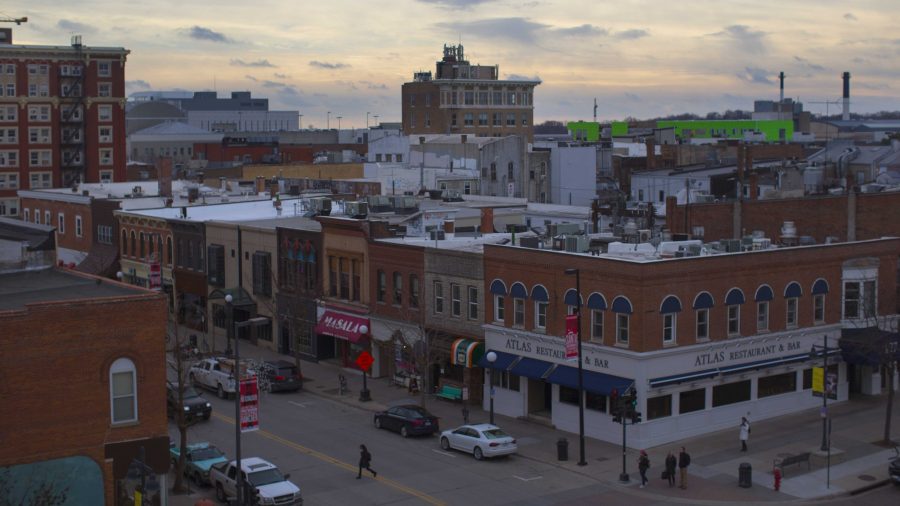 The U.S. State Department’s decision to withdraw from a partnership with an agency that promotes international peace will not affect Iowa City, a World City of Literature destination, one organizer said.

“Our designation is a direct relationship between UNESCO and Iowa City. We plan to keep doing what we’ve done to maintain the designation, which is celebrating literature and sustaining our network with other cities,” said John Kenyon, the executive director of the Iowa City UNESCO City of Literature partnership.

The ninth Iowa City Book Festival has been underway since Oct. 8; it will end Oct. 15. The community’s commitment to writers through various events, such as the festival, helped establish the city’s relationship with UNESCO.

“My personal view is I’m disappointed,” Kenyon said. “I’ve seen the good UNESCO does around the world. It’s disappointing the U.S. doesn’t want to be a part of that.”

In a statement released from Israeli Prime Minister Benjamin Netanyahu’s office, he said the U.S. decision was brave and moral.

“… Because UNESCO has become a theater of absurd,” the statement said. “Instead of preserving history, it distorts it.”

Netanyahu said Israel also plans to withdraw from the organization. The United States re-entered UNESCO under President George W. Bush in 2002 to boost international relationships after its 1984 withdrawal under President Ronald Reagan.

The Iowa City UNESCO organization released a statement Thursday in response to the administration’s decision.

“… The support our organization has seen since this announcement — from the city of Iowa City, local stakeholders, and our colleagues around the world — has been overwhelming, and we look forward to celebrating our literary culture through this week’s Iowa City Book Festival and beyond.”

Gada Al Herz, a member of the Arab Student Association, said the US’s withdrawal from UNESCO is hypocritical.

“At this point UNESCO is the organization that represents a lot of the US’s international goals or foreign policy goals like fighting terrorism and creating peace between certain groups as well as a myriad of certain things,” Al Herz said. “The basis for this withdrawal makes it all the more worse, that the anti-Israeli bias that the administration is talking about is simply [UNESCO] condemning Israel for violating international law.”

In April 2018, Iowa City will host the annual meeting of the UNESCO Cities of Literature. The meeting will be in celebration of the city’s 10th anniversary as a recognized City of Literature. In a statement made online earlier this year, Kenyon said there could be representatives from 30 or more cities in attendance.