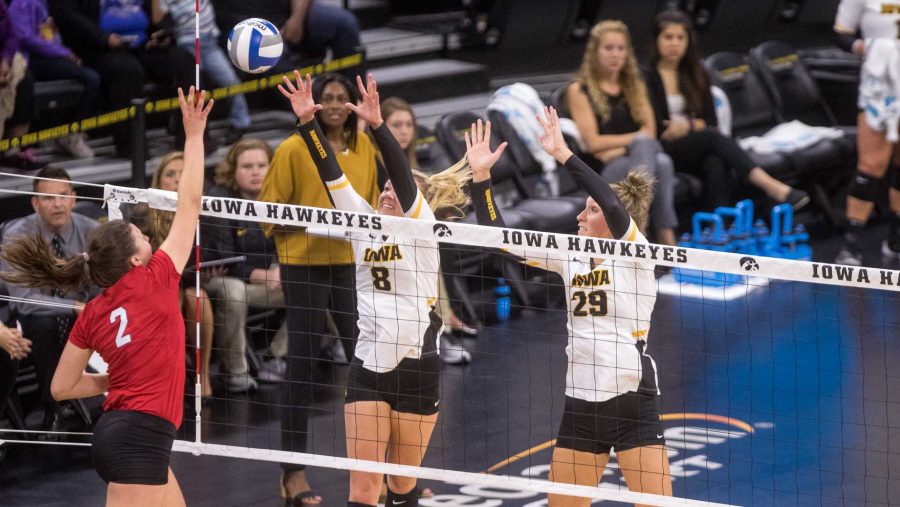 In the second set, Nebraska was even more dominant. It started out with an early lead and never looked back, sideways, or otherwise, taking the advantage with a 25-17 victory.
RELATED: Iowa volleyball’s confidence spikes after Michigan
The Hawkeyes were held to a .075 attack percentage, recording only 10 kills in the set.

The third set was closer, with seven ties and two lead changes.

The Hawkeyes trailed most of the set, until a 7-3 run gave them the lead. The Cornhuskers came right back, winning 25-20 and sealing the match.

“Our team is showing a lot of improvement,” head coach Bond Shymansky said. “Nebraska showed why they’re at the top of the league right now — just played a lot cleaner in the clutch moments as we got to the end of each set, and we kind of erred our way out of each set.”