UI graduate among those shot and injured in Las Vegas 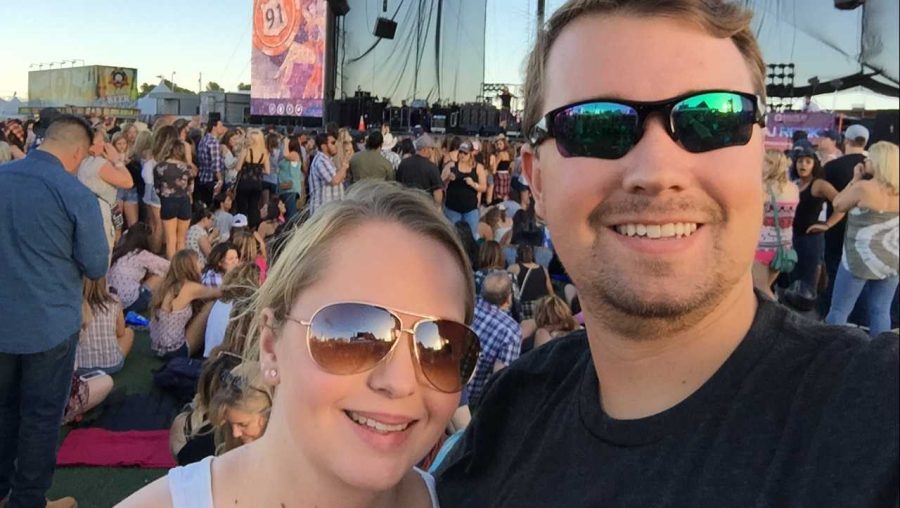 Among those wounded in the Sunday night shooting in Las Vegas was a University of Iowa graduate and Harlan, Iowa, native.

Jake Andersen, 30, who graduated from the UI in 2011 and has lived in Las Vegas for four years, was shot in the forearm when a gunman opened fire on a crowd of 22,000 people Sunday night around 10 p.m. PDT. The crowd was watching Jason Aldean perform, the last act of a three-day festival on the Las Vegas Strip.

“It was one of those things I’d never thought I’d see before and kind of never want to see again,” Andersen said. “It was — I want to say interesting, but that’s not even a good word to describe it. It was an experience that I hope that nobody else ever experiences.”

The gunman, identified as 64-year-old Stephen Paddock, shot from the 32nd floor of the Mandalay Bay hotel, and was found dead in his room when police arrived. At least 59 people died in the attack, and perhaps more than 527 were injured, including Andersen.

He attended the concert with his fiancée, Kimberly Grettum, her brother Ben Joffe, and her parents. Andersen and Joffe moved toward the front of the crowd while Grettum and her parents stayed in the back. A few songs in, they began to hear what they thought were fireworks. Andersen turned to look up in the direction of the Mandalay Bay, just as he was shot in the right forearm.

“That’s when everyone started to realize what was going on, and everyone was yelling ‘Get down, get down, get down.’ And so we all lay down, and I was clutching my wound, knowing I needed help,” Andersen said. “In between mirages, I tried to make my way toward the back to find an EMT or somebody to help me.”

He made his way back to where Grettum and her parents had been, but they were gone. He assumed they had made it out and turned his attention back to his wound. He reached a medical tent and got a tourniquet for his arm.

“There were people yelling, screaming, crying … it was just like chaos. I kind of knew my wound wasn’t as bad as everything else I was seeing. [The EMTs] were just getting bombarded with people, and they [asked everyone] who could stand and walk to leave because they needed the space, so that’s when I started calling my fiancée and making sure she was all right, finding out where she was at.”

Finally, some family members picked Andersen up and brought him to a hospital, about an hour after he had been shot. He was told he was very lucky to have minor injuries. No bones were broken, and he does have some remaining shrapnel in his arm, because the bullet shattered.

He was discharged early Monday morning and expects to recover smoothly. The others in his group at the concert were not injured.

Despite what happened, Andersen said, the community has come together in the last few days to look out for the victims, and he especially wanted to thank the EMTs, police officers, and good samaritans who responded to the incident, including the concert-goers who were able to contribute medical knowledge to help victims.

“It was a horrifying experience,” he said. “But to see the good coming out of it as well, seeing the community come together and seeing the support that Las Vegas has for all the first responders and the community has been fantastic.”