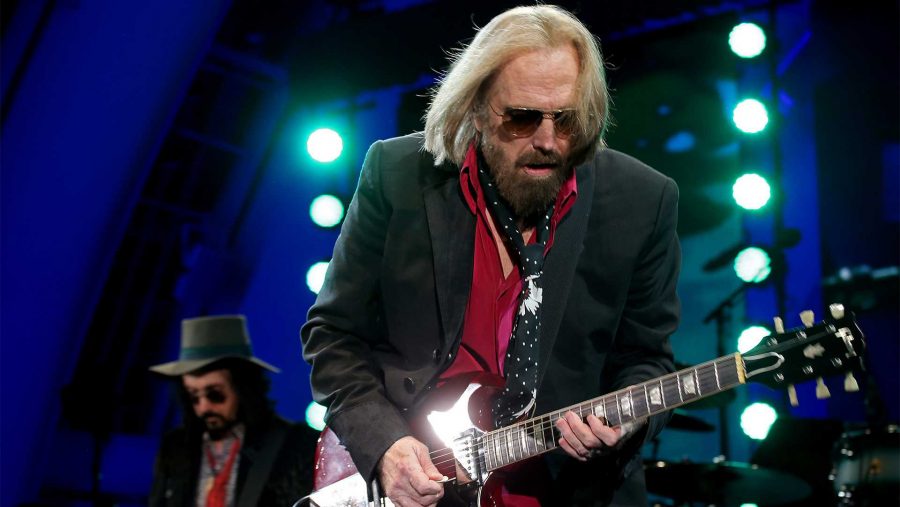 The Heartbreakers’ frontman had been taken off life support in a Santa Monica hospital. He died late Monday night.

TMZ has reported that Tom Petty, the frontman of the rock band Tom Petty and the Heartbreakers, has died after being found unconscious by authorities in his Malibu home Sunday night.

When EMTs arrived, they were able to find a pulse. Petty had suffered from cardiac arrest and was sent to the UCLA Santa Monica Hospital, where he was put on life support and was reported as having no brain activity.

TMZ then reported that Petty died Monday at the age of 66. Variety confirmed his death via an “anonymous source.”

TMZ reported that Petty was taken off life support on a “do not resuscitate order.”

As frontman for the Heartbreakers, he had just finished his 40th anniversary tour.

The tour ended Sept. 28 with three shows at the Hollywood Bowl, where he said, “I want to thank you for 40 years of a really great time,” reported Sophie Schillaci of “Entertainment Tonight.” “He sounded amazing, he looked great, he seemed upbeat,” Schillaci said.

After Mudcrutch split, Petty pursued a short-lived solo career that eventually turned into the Heartbreakers in 1975.

The group’s first album, Tom Petty and the Heartbreakers, by Shelter Records, received little attention in the United States; however, it climbed as high as No. 24 on the UK album charts. The album featured smash hits “American Girl” and “Breakdown,” which gave the band its first U.S. Top-40 appearance. Its sophomore album, You’re Gonna Get It, was well-received and featured breakout singles “I Need to Know” and “Listen to Her Heart.” It was the Heartbreakers’ first U.S. Top 40 Album.

“Tom Petty’s achievement is all the more remarkable because, for all his eclecticism, he’s basically working in a mainstream style, mining the obsessions and quirks beneath the sentimental conventions of ’70s pop,” said Tom Carson of Rolling Stone. “Overall, the current LP boasts an impressive stylistic cohesiveness with its predecessor, but what makes the album exciting are the fresh hints of openness and expansion just beneath the surface.”

Tom Petty and the Heartbreakers had most success in its third album, Damn the Torpedoes. The platinum album reached No. 2 on the Billboard album chart and featured notable hits “Refugee,” and, “Don’t Do Me Like That.”

“Damn the Torpedoes is the Tom Petty and the Heartbreakers album we’ve all been waiting for — that is, if we were all Tom Petty fans, which we would be if there were any justice in the world; live shows for all, free records everywhere, and rockin’ radio,” said Ariel Swartley of Rolling Stone. “Best of all, sparks fly … Tom Petty sings, and it might as well be Christmas and heaven and summer vacation all at once.”

Throughout the next few decades, Petty turned out a solo album, Full Moon Forever, joined the Traveling Wilburys, and eventually rejoined the Heartbreakers, which led to another series of albums, world tours, and a Super Bowl halftime show appearance.

Petty admitted to Rolling Stone that the 40th anniversary tour could very well be his last. There is a sadness to that knowing what has occurred over the past few days.

“We’re very aware that time is finite,” Petty said to Rolling Stone prior beginning the summer tour. “At the end of the year, we’ll say, ‘What do you feel like doing?’ Then we’ll figure out where to go next.”

Petty last performed in Iowa in June, where he drew a crowd of 14,876 to Wells Fargo Arena in Des Moines.