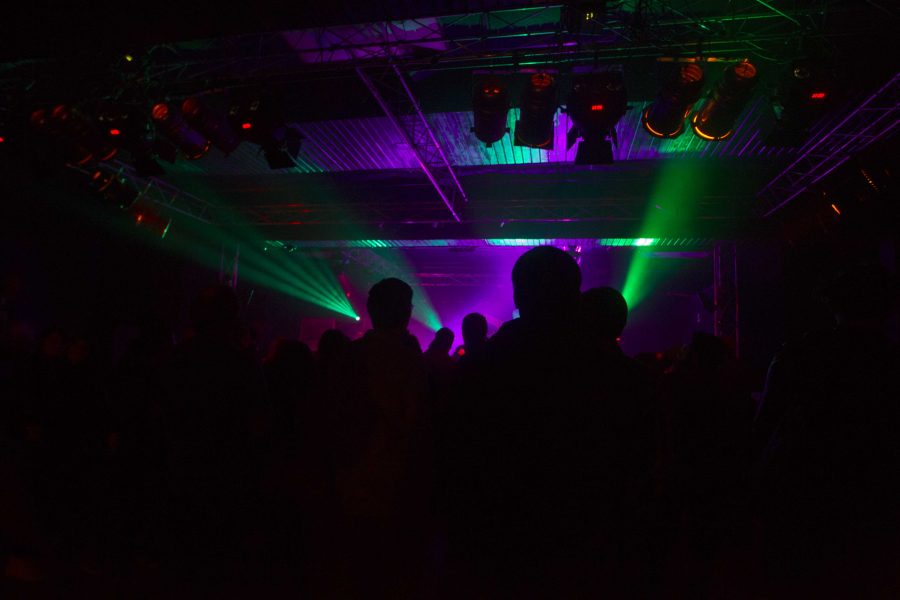 ‘Battle of the Bands’ should continue into future years, but some guidelines must be put into place.

On Sept. 29, a battle of epic proportions was staged at Hubbard Park. Five bands went head-to-head in the University of Iowa’s first Battle of the Bands, and the event was amazing. Music blasted throughout Hubbard throughout the entire show: Guitarists strummed until their fingers went numb, vocalists sang to the heavens, and drummers beat their drums all night long. Around 75 spectators showed up as the night went on; some sat on blankets while others stood and swayed with the beat, and the occasional few danced wildly to their hearts’ content, regardless of who was watching.

The event was put on by SCOPE, a student-run organization that has dedicated itself to supplying the UI students with massive entertainment events. The battle may have only lasted from 6-9 p.m., but those three hours were packed with so much variety and excitement that everyone there made the best of the three hours they had. And beside the bands battling to the end, burritos and smoothies were available at food trucks across the street. Burritos, smoothies, pumped-up music, and free admission? The night was set from the start.

The five bands were made up of UI students, and each had its own sense of style that was so different that it kept students craving for more after each song. The names of the bands were Purple Frank, Lily DeTaeye, Waverly, 1042, and Bri Adazuri. The bands all played around two to three songs each, just enough music to satisfy the listeners before they got bored. SCOPE kept things fresh and entertaining for everyone, and overall, the night was definitely one to remember.

But if SCOPE plans to keep this Battle of the Bands going, I believe that there must be some guidelines set for participating bands before the night starts. Why? Things took an odd turn during a certain performance.

Mid-song, a guitarist’s string broke, throwing off the entire tune of the song, and to the audience’s dismay, the player decided to remove his shirt in response to the sudden turn of events. He then tossed his white T-shirt into the crowd. This stopped all cheering and created some confused, and even shocked, glances from the audience — other band members also removed their shirts. It was enough to put all the hype the band was creating to a screeching halt. Eventually, they pulled themselves together and continued playing, but the rest of their performance went on in an awkward silence with some occasional cheering.

Even though the crowd was able to bear though it and continue with the show, it was enough to persuade me that next time an event like this is held, bands should be given certain guidelines to performances, like not removing articles of clothing. This is all just to make sure that events don’t cross any lines and threaten stopping a crowd’s groove with an act like that.