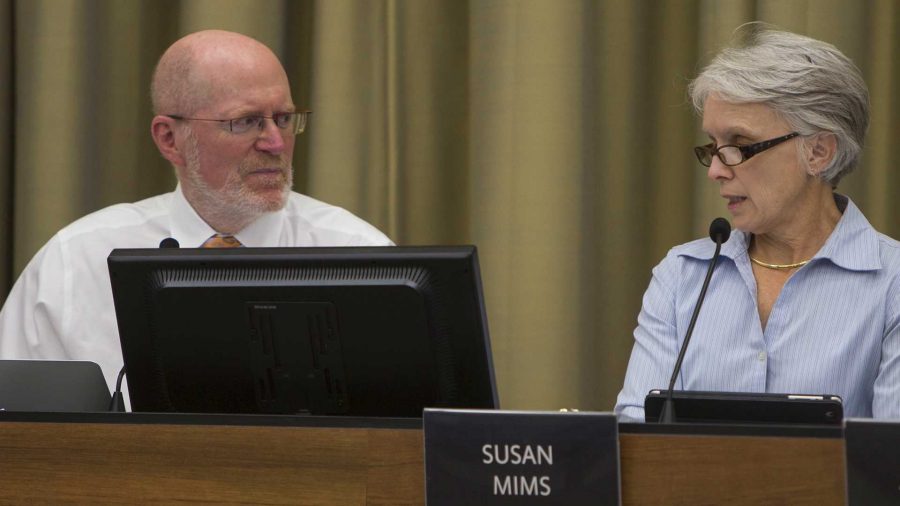 On Nov. 7, Iowa City voters are called to elect our City Council. I had the privilege of serving with Susan Mims for four of her eight years of service on the council. I marveled at her dedication to the job. Despite working a full-time job, she puts exhaustive hours into her public service. Susan’s zeal for crafting policy relevant to progressive social ideals is tempered by her long-standing knowledge of how local government works. These advanced skills are unique to very few in our community. When I was on the City Council, I appreciated how deftly she could analyze the issue from all sides. When it came time to reduce our discussions to policy, Susan crafted progressive legislation that continues to benefit our community.

Susan has committed much of her time to addressing social-justice issues in Iowa City. When she learned that there were several highly qualified people of color that had applied for positions on the police force, rather than passing on them because all positions were filled, she promoted an “over-hire.” By anticipating retirement vacancies, the city could hire additional officers and create a more racially diverse force.

Susan also lends critical leadership to bringing community and university members together to create an Access Center to provide appropriate care for those with mental illness, specifically those who are detained by police officers during their acute crises. Currently, those who are detained are often brought to our local emergency rooms or jail. She is bringing a broad range of stakeholders together to create a better option. When the group of community experts asked for leadership from the City Council, Susan stepped forward.

Another major issue consistently facing our city is growth. The community has varying ideas of how and where we should accommodate growth. Susan has shown that she is open to different development philosophies that deter urban sprawl, enhance neighborhoods, respect the environment, and invest in local businesses and employment. Susan is mindful of the financial viability and constraints each new project poses. In her eight years on council, she has shown her commitment to minimizing our debt and maintaining our AAA bond rating so Iowa City is financially better able to address the social needs of our citizens.

The current City Council has experienced a rapid turnover and will continue to do so with this election. Without Susan Mims, the council will have only one member with more than four years’ experience. I think it’s important for a functioning council to have several members with new ideas but not to the near exclusion of time-tested experience.

Susan’s opponent, Ryan Hall, is a 24-year-old University of Iowa undergrad who moved to Iowa City a year ago. Based on his presentations so far, there is little difference between their political leanings. It does not make sense to replace her proven skills and deep awareness of our community with an unproven candidate. Efforts to rally undergraduate non-voters to support Hall based on his age alone is building momentum. I encourage those newer voters to consider voting for Susan Mims.

This community showed up in record numbers to vote for the public school bond. I hope it shows the same commitment to electing the most knowledgeable and experienced candidate. Please vote for Susan Mims for City Council District B on Nov. 7 — or better yet, vote early.