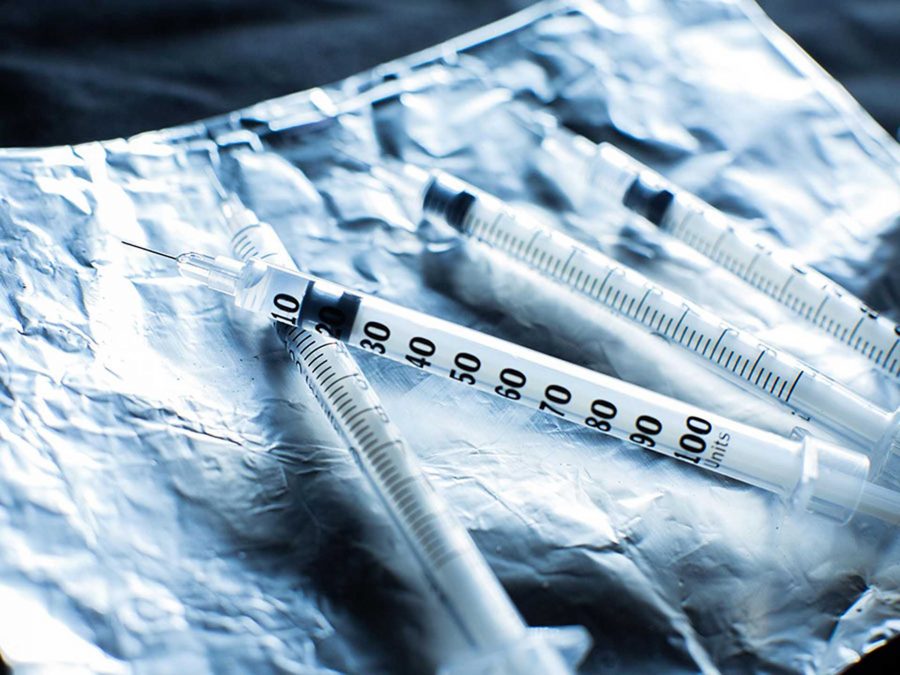 More than 63 percent of the overdose deaths in 2015 involved an opioid, such as carfentanil. (Matt Anzur/ Scripps News/TNS)

Local and national doctors, professors, government officials, and other experts convened this week at the University of Iowa to explore solutions to Iowa’s opioid, methamphetamine, and hepatitis C crises at the second University of Iowa Harm Reduction Summit.

The summit is hosted by the Iowa Harm Reduction Coalition, a nonprofit that was founded a year ago in eastern Iowa to improve the access to health care for those who use drugs in in Iowa communities.

One of the speakers at the summit, Patricia Quinlisk, the medical director for the Iowa Department of Public Health, said Iowa is the fifth-lowest state in terms of drug-overdose deaths, with 33 opioid overdose deaths and 19 heroin overdose deaths in 2015.

A press release from Iowa Attorney General Thomas Miller said opioid-related overdose deaths have climbed 139 percent from 2005 to 2016. However, the number of people enrolling in substance-abuse-treatment programs is also growing; Quinlisk said that from 2007-12, opioid-treatment-program enrollment has risen by 152 percent in Iowa clinics, with heroin-program enrollment rising by 129 percent.

“The week is to educate anyone in the community, but especially university, health-care, and social-service providers on ways they can be more effective in their work with people who use drugs,” Executive Director of the harm-reduction summit and UI medical student Sarah Ziegenhorn said. “Much of the content are things that are not covered in a typical education.”

Friday’s conference will specifically target the Legislature and the public-health industry in relation to syringe-service programs as a method of disease prevention. Iowa is not one of the 36 states in which such programs are legal, but Ziegenhorn said a bill was introduced last year to legalize the programs in Iowa.

“For a lot of folks, it can be difficult to access health care because of the stigma around being a substance user,” said Kiefer Paterson, the governmental relations manager for the Harm Reduction Coalition.
“Syringe-service programs offer a nonjudgmental space for them to be healthy, whether that’s providing clean syringes or getting treatment.”

Other prevention and treatment programs will also be discussed at today’s conference by Quinlisk, including a reducing the number of opioid painkillers prescribed in Iowa by trying other treatment methods first. In Iowa, 73 painkiller prescriptions are given per 100 people.

“As prescription drugs come nonavailable to those who are addicted, they tend to go to heroin because it is cheaper,” Quinlisk said. “But one of the issues that comes into play is that people are cutting heroin with synthetic opioids that are much more potent, and that’s when you start getting overdoses.”

Another solution being discussed is a program in which users or non-users can go to pharmacies to get the opioid overdose antidote, naloxone.