Jones’ defense motions to move trial out of Johnson County

Curtis Jones’ defense attorney filed for two motions, claiming the case has been mishandled by both law enforcement in their interrogation and local media in their coverage. 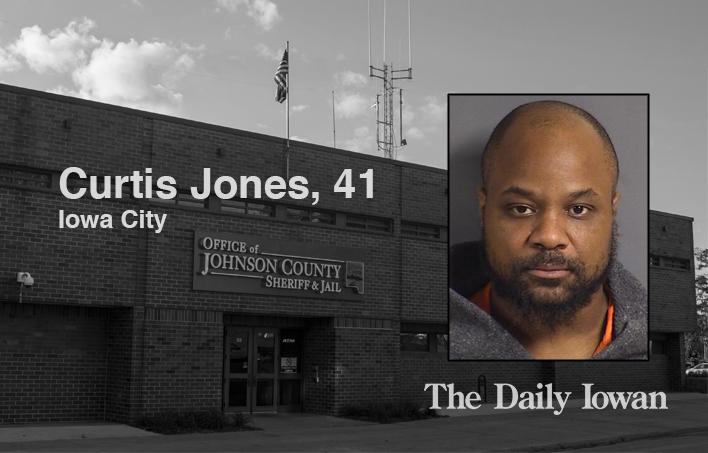 An Iowa City man facing charges in the June 27 slaying of a cab driver was also questioned about the killing of a bail bondsman.

Curtis Jones’ defense filed two motions on Sept. 24 taking issue with the way law enforcement and local media handled the case. The motions say Jones was intoxicated at the time of questioning, and he was improperly read his Miranda rights. The defense also contends that media coverage had been inflammatory in nature and has fueled local prejudice against Jones.

Jones was arrested on a warrant for a second-degree theft in Keokuk County on June 30, at which point he was questioned about both homicides.

The trial is scheduled for Oct. 16, but Jones attorney Quint Meyerdirk requested the case be moved out of Johnson County because of local media’s coverage of the homicides, claiming that finding an unbiased jury in the local population would be difficult.

According to a press release sent out by the Iowa City police, Ricky Lillie, a cab driver for Yellow Cab of Iowa City, was found dead in his cab on June 27. Jones took a ride in Lillie’s cab on that night and allegedly shot him in the head. Jones was seen leaving the area on surveillance video. He was charged in Lillie’s slaying on July 19.

Jones was also questioned about the slaying of Jonathan Wieseler, a bail bondsman, who was found dead at Lederman Bail Bonds in Iowa City on April 23. No suspects have yet been identified in Wieseler’s death. There are currently no suspects in the case.

Meyerdirk filed a document requesting a motion to suppress Jones’ statements on June 30 from the evidence in his trial. Meyerdirk said Jones involuntarily waived his rights on June 30 because of his admitted influence of Xanax and marijuana wax.

Iowa City police Officer Benjamin Hektoen arrested Jones in Keokuk County and read him his Miranda rights, but Meyerdirk argued his reading omitted the phrase “that any statement he does make may be used as evidence against him.”

In the document, Meyerdirk said law enforcement continued to illegally interrogate the defendant after he invoked his right to an attorney.

“Under totality of circumstances, the defendant’s statements made to police on June 30, 2017, were not the product of a knowing, voluntary, and intelligent waiver of his rights and therefore should not be admissible,” Meyerdirk concluded.

If Jones is convicted of first-degree murder, he faces life in prison without the possibility of parole. Jones is being held in the Johnson County Jail on a $1 million bond.

Curtis Jones was charged with murder of cab driver Ricky Lillie on July 19.
Jones’ attorney Quint Meyerdirk argued his client’s case was improperly handled when Jones was arrested for a charge of second-degree theft on June 30. Meyerdirk argued Officer Benjamin Hektoen of the Iowa City Police Department improperly read Jones’ Miranda rights.
Meyerdirk filed a motion to suppress Jones’ statements on June 30 from evidence in his trial, because Jones admitted he was under the influence of drugs during the interrogation.
While being questioned about Lillie’s murder on June 30, Jones was also questioned about the murder of bail bondsman Jonathan Wieseler.
Jones’ trial is scheduled for Oct. 16 and Meyerdirk filed a motion to move the trial out of Johnson County due to local media coverage of the homicide, claiming that finding an unbiased jury within the local population would be difficult.