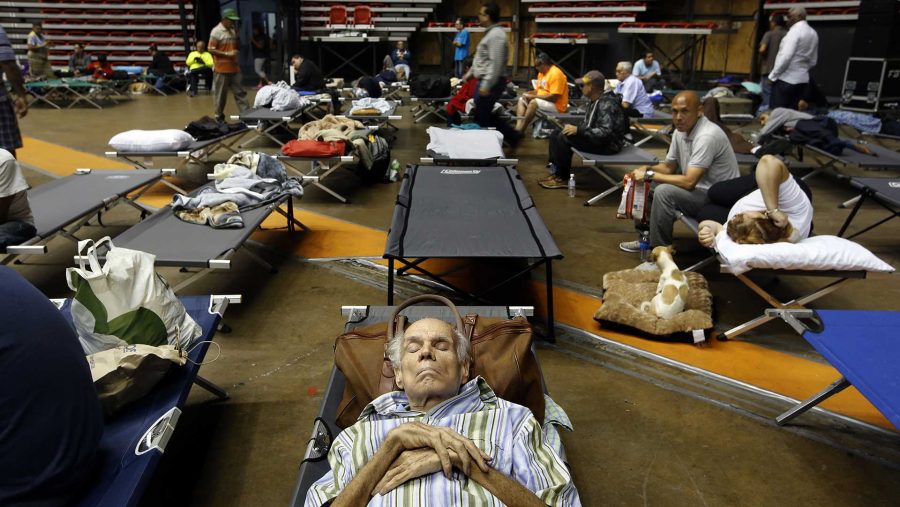 The 132nd Air Refueling Wing of Des Moines will provide 16 security-force personnel for a mission facilitated by Gov. Kim Reynolds, R-Iowa, and the Iowa Department of Homeland Security and Emergency Management. The security forces were transferred to Puerto Rico via KC-135R Stratotanker aircraft, said a release from the Governor’s Office.

The Iowa National Guard also sent 24 security-force personnel to Puerto Rico on Tuesday as a result the devastation caused by Hurricane Maria, said a release from the Governor’s Office.

“These airmen will provide supplemental security to civilian law-enforcement personnel and operations in Puerto Rico,” the release read.

The hurricane made landfall Sept. 20 as a Category 4 storm, according to the National Hurricane Center.

Hurricane Maria, the strongest hurricane to hit Puerto Rico since 1932, killed at least 16 people, according to the Associated Press, and the death toll is expected to rise.

The release stated that Puerto Rico requested support from Iowa.

“Support is provided under the Emergency Management Assistance Compact, an agreement among all 50 states, two territories, and Washington, D.C., to assist one another in times of crisis,” the release said. “EMAC,” the release said, “is a national mutual aid and partnership agreement that allows state to state assistance during governor or federally declared emergencies.”

FEMA posted to Twitter on Tuesday that more than 10,000 federal staff have been deployed to Puerto Rico and the U.S. Virgin Islands. A legally binding agreement will be set to make all states affected by the hurricane responsible for reimbursement.