The City of Iowa City Office of Equity and Human Rights and attorneys from Iowa Legal Aid hosted the first program in a two-part series called “Everyone Deserves a Fair Chance,” detailing the effects of criminal history and court debts. 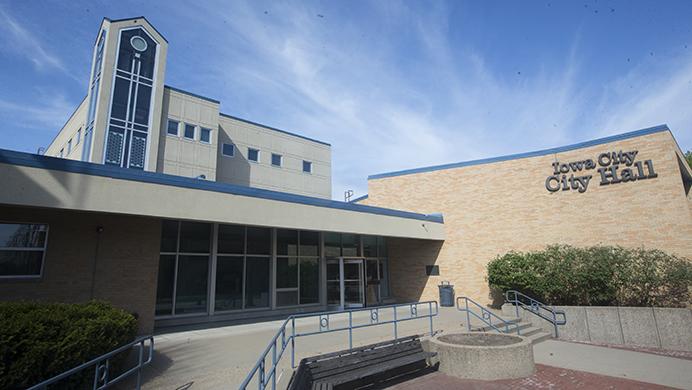 On Tuesday, the first program of the two-part “Everyone Deserves a Fair Chance” series took place, put on by the Iowa City Office of Equity and Human Rights and attorneys from Iowa Legal Aid. Tuesday’s program discussed criminal histories and how one’s criminal history can affect success and opportunities available to an individual.

“Criminal histories can influence where a person lives and what employment opportunities are available to them,” city Equity Director Stephanie Bowers said. “While the city of Iowa City follows ‘ban the box,’ which means employment applicants are not asked if they have a criminal history until after they have been interviewed and are a candidate for a position, many area employers do not.”

In the fourth quarter of fiscal 2017, Iowa prisons housed 8,367 prisoners, according to the Iowa Department of Corrections. The majority of sentences being served are sentences 10 to 20 years.

Much of the session focused on various cases in which landlords and employers would or would not be able to deny an applicant. In some cases, individuals can be turned away from opportunities depending on the extent of the crime and how it could interfere with their employment abilities, but conviction for a crime doesn’t necessarily mean people will be declined.

“Criminal history is something that can stay with you for your lifetime, and it can be a barrier for housing and jobs,” Lorraine Gaynor of Iowa Legal Aid and one of the program’s presenters, said. “Once your employer or landlord has information and is considering things, they can look at your criminal history, but they have to look specifically at what is there.”

The attorneys went into detail about expungement of criminal records for adult offenders, explaining that while certain cases can be removed, civil cases likely will not be affected. Iowa is a state that has greater protections for individuals, especially pertaining to public assistance and income production.

“Generally speaking, expungement takes your crime or case out of Iowa courts online, so that when people search your name, it won’t show up,” Courtney Thomas-Dusing of Iowa Legal Aid said. “That doesn’t mean it didn’t happen; if you’re applying for a job or housing, you still have to tell them you’ve been arrested.”

While the event focused on criminal history and its effects, the speakers also touched on racial discrepancies in the justice system. African Americans make up 3.7 percent of Iowa’s population, according to the 2016 U.S. Census, and according to Gaynor and Thomas-Dusing, Iowa has the third largest per-capita rate of incarceration and of unemployment for African Americans in the nation.

While employers and landlords legally cannot turn away applicants by race, these numbers reflect that these issues are still prevalent throughout the state.