UI Symphony Orchestra starts off with first concert of the season

The UI Symphony Orchestra starts off with first concert of the season, leaving bittersweet impact for several musicians. 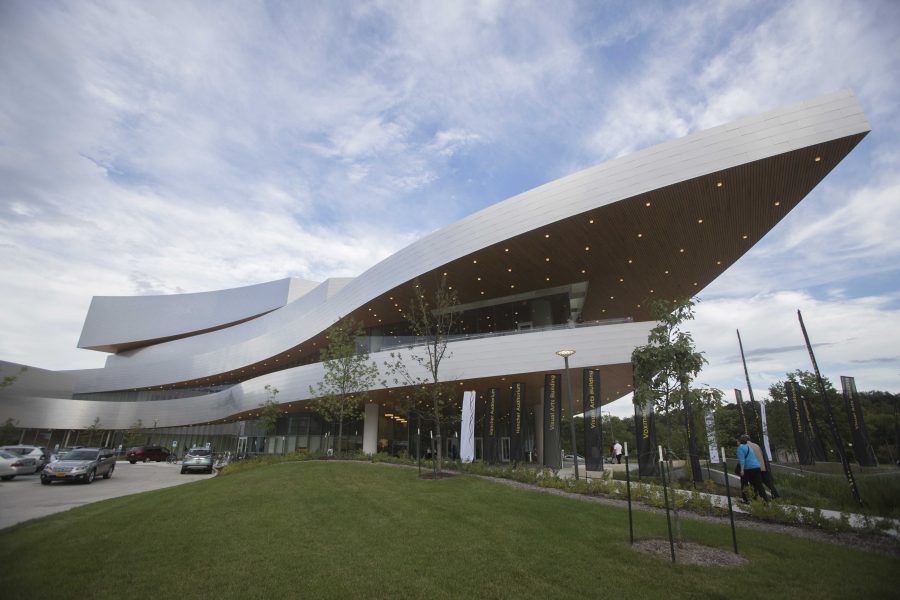 Tonight at 7:30 p.m. some of the University of Iowa’s finest musicians will come together on to perform a month’s worth of beautifully assembled pieces ranging from Copland and Tchaikovsky to Beethoven.

The upcoming event will be the first of six concerts for the 2017-2018 season.

Director of Orchestral Studies William LaRue Jones, the conductor for the symphony orchestra, said he was selective when choosing what pieces to play.

“As an educational institution, part of what you’re doing is going through certain composers, certain repertoire, that’s for the edification and education for the students,” Jones said. “Part of it is for the audience that we are actually playing for.”

Outside of his work for UI’s music department, Jones conducts for the Ottumwa Symphony Orchestra located in Ottumwa, IA, as well as traveling all over the country to guest conduct for professional orchestras.

However, Jones said the experience typically feels the same.

“It’s equally as stimulating,” Jones said. “Even though they may be playing a piece for the first time, and adult orchestras may be playing who knows how many times, the excitement young people can bring into a rehearsal is equally as rewarding.”

Jones said concerts are typically a culmination for all the effort and time student musicians put in.

“The only thing the general public knows what the School of Music is doing is when they come to concerts,” Jones said. “They become the connecting link that shows what we do and how well the students are progressing.”

In the concert’s lineup, the scores will include “Capriccio Italien” by Pyotr Ilyich Tchaikovsky, “Clarinet Concerto” by Aaron Copland, and “Fantasia on an Ostinato” by John Corigliano. Following an intermission, the concert will conclude with “Symphony No. 7 in A Major” by Ludwig Van Beethoven.

The concert will be livestreamed online for anyone who’s unable to attend.

Audiology doctoral student Alyssa Adamec, being a 2nd year violinist for the symphony orchestra, said she found some stark contrast in playing an orchestra for one of the Big 10 universities. As an undergraduate, Adamec played for the University of Northern Iowa’s orchestra.

“The musicians are at another caliber compared to other universities,” Adamec said.

Growing up surrounded by music, Adamec knew from a young age she wanted to continue playing the viola throughout university. However, Adamec said she wasn’t sure if “it was the only thing I wanted to do.”

After receiving her degree in viola performance and communication science at UNI, Adamec applied to become a doctoral student at UI and branched into audiology. Using her music skills, Adamec said she wanted to help others hear so they could potentially listen to music again.

Adamec said she grew in leadership skills and learned to take a fun approach to learning music while in the symphony orchestra.

“From little details to overall big details, it’s great learning all of these new pieces,” Adamec said. “I had the opportunity to sit principle last semester, and I just had the most upmost joy playing for my section.”

UI senior Montana Crawford, one of the violinists, keeps the symphony orchestra as one component of her hectic schedule. As a member of the women’s tennis team, she said she occasionally struggles being both a NCAA Division I athlete and a musician.

“Throughout my time in Symphony Orchestra, I learned to appreciate music everywhere,” she said. “It’s all over the sports world. It’s good to have a balanced lifestyle. I think [music] taught me more compassion than the sports world.”

University of Iowa Symphony Orchestra
When: Wednesday, Sep. 27 at 7:30 p.m.
Where: Hancher Auditorium