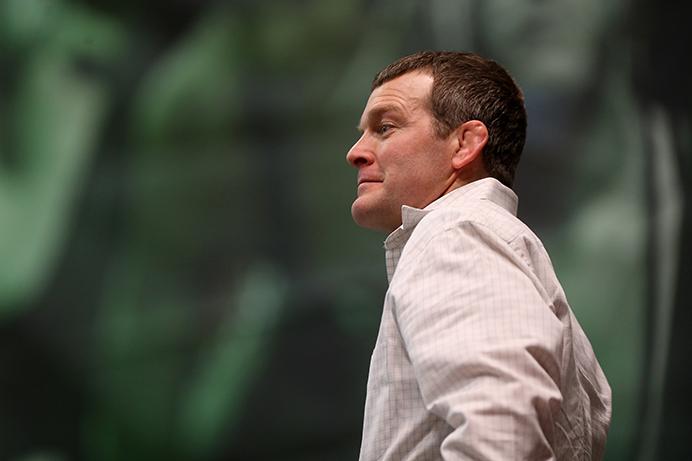 The department also announced that it will look at the opportunity to build a new wrestling training center.

“I’m fortunate to be a part of an institution that is committed to providing a world-class experience to its student-athletes,” Brands said in a release. “We have tremendous leadership, and I thank Gary Barta, Barbara Burke, President Bruce Harreld, and the entire campus community for their continued support of the Iowa wrestling program.”

Brands, winner of three NCAA team titles and coach of 10 national champions since 2006, will be under contract through 2022-23.

The wrestling team’s training space is currently in the second floor of Carver-Hawkeye. A faculty feasibility study could lead to a separate training facility, according to a release.

“As part of our on-going commitment to student-athletes, the department will begin a feasibility study for the potential development of a wrestling practice facility,” UI Tippie Director of Athletics Chair Barta said in a release. “The study will allow us to evaluate our options for the continued enhancement of Iowa wrestling.”

Barta noted the momentum of the wrestling program, saying he’s “excited about the future” in a release.

For Brands, wrestling is more than just a sport at Iowa.

“Wrestling at Iowa is a lifestyle,” he said in a release. “It’s practiced every day in the classroom, in the household, in the community, and on the mat. Our administration knows it. Our fans expect it. And we love it.”

Hawkeye wrestling will open the season on Nov. 17, when Iowa hosts the Iowa City Duals.