Setter Brie Orr is named the Big Ten Co-Freshman of the Week after recording 117 assists in 10 sets over the weekend. 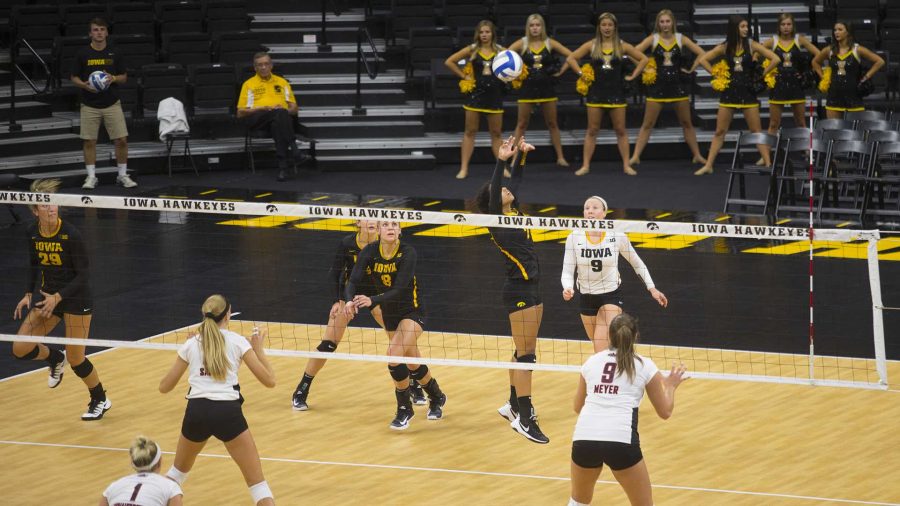 Iowa's Brie Orr sets the ball during a volleyball match against University of Nebraska-Omaha at Carver-Hawkeye Arena on Friday, Sep. 1, 2017. The Hawkeyes swept the match against the Mavericks, 3 sets to 0. (Lily Smith/The Daily Iowan)

Iowa volleyball setter Brie Orr has been named the Big Ten Co-Freshman of the Week.

“It means a lot to me. It’s a huge honor, and I definitely couldn’t have done it without my team,” Orr said. “I’m just the middle person; I mean, there are people on both ends helping me out.”

“I think it’s a big confidence booster to know that I can be a freshman setter on the team … it helps a lot,” Orr said.

She came in a semester early to get a head start on her training, a decision that has paid off for the Hawkeyes.

“Brie has been on a tremendous growth curve already this season, and we are looking forward to where she will lead the team as our setter,” head coach Bond Shymansky said in a press release. “We know she can run a high-paced and complicated offensive system, and she will continue to be a clutch performer for us as we head into Big Ten play.”

Not only is she contributing in assists, but she also has 43 kills, 93 digs, and 24 blocks.