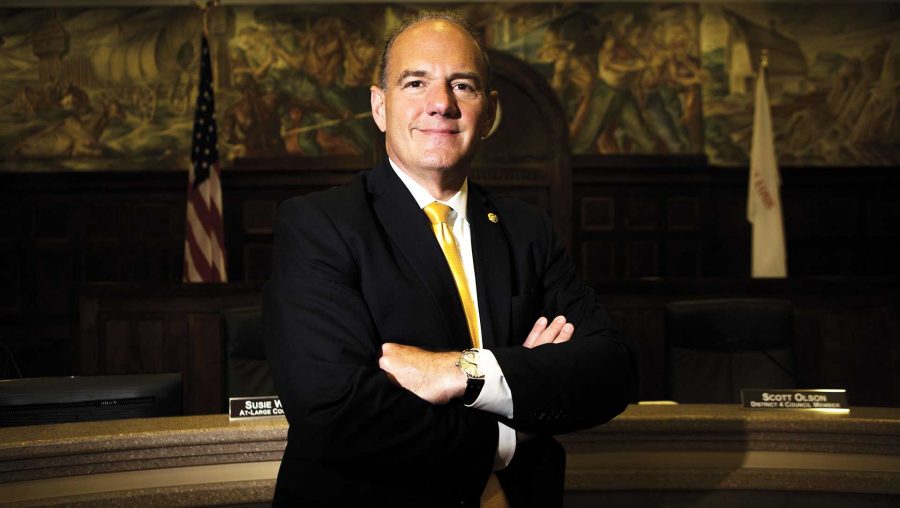 Mayor Ron Corbett of Cedar Rapids has dealt with the aftermath of two natural disasters since taking office in 2009.

In June 2008 the city dealt with a flood that shattered all previous records, and in September 2016 it survived its second highest.

Cedar Rapids has attempted to access federal funding for reconstruction since 2008. Corbett has expressed frustration with Washington’s low prioritization of the city, as well as federal officials refusing to move past the approval stage for the project.

“We keep getting the runaround from Washington, and next summer will mark the 10-year anniversary of the 2008 flood, and one of my biggest disappointments as mayor is not having further progressed on the flood-mitigation system,” he said. “The final piece of our whole recovery effort is building the flood-protection system.”

Cedar Rapids officials continue to repair the city by using millions in state and local funding. Corbett said his administration used what it learned in 2008. The city’s zoning code has also changed; it cleared 45 acres relocated critical resources from the flood area.

“The best option for minimizing flood risk would be avoiding putting people and property in the floodplain to begin with,” Young said. “So communities that have implemented long-term plans to do smart community development and make sure they’re not exposing their citizens to flood risk are the ones that are going to be the most resilient.”

Corbett worked with a variety of organizations to develop the flood plan for Cedar Rapids.

“I think he did a very good job; he and the city administration in general, did a good job of rallying the citizens to come together …” said Cedar Rapids resident Laura Kamienski, the Linn County Republican Central Committee co-chair. The Linn County GOP has not taken a stance on the gubernatorial election, and Kamienski spoke for herself.

Corbett said allowing everyday citizens some ownership over public policy can be transformative.

“… Last September, when it wasn’t just 100 or 200 people who showed up to put sand in sandbags, it was thousands of people, and the reason that those thousands of people showed up is because they had ownership in their city, they had ownership in the recovery and the rebuilding, and that’s the value of grass-roots decision making, and the same is true with public policy,” he said.

Corbett said he is prepared to deal with future crises.