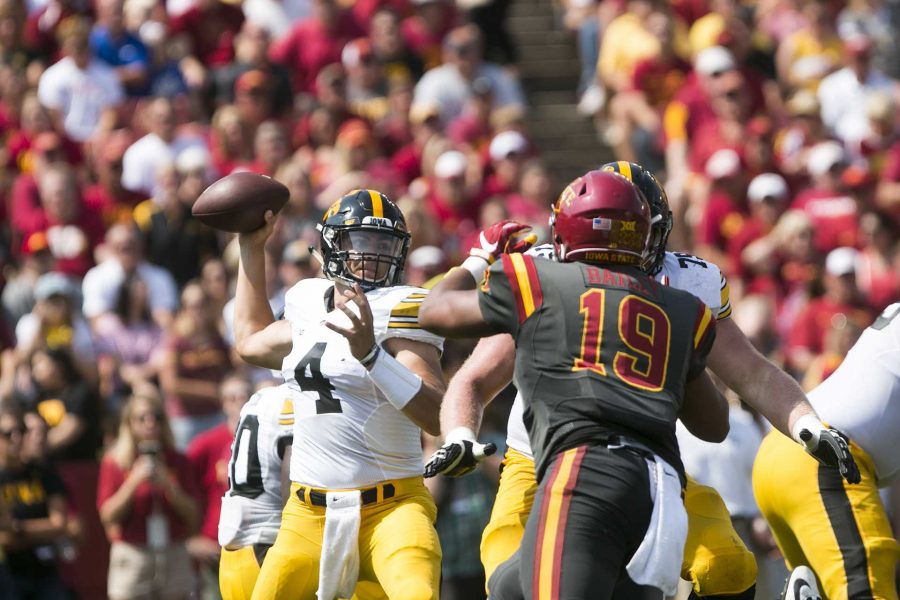 Following his 333-yard, 5-touchdown performance against Iowa State on Sept. 9, Hawkeye quarterback Nate Stanley earned Big Ten co-Offensive Player of the Week and was tabbed a Manning Award “Star of the Week.”

The winner of the Manning Award Quarterback of the Week will be released Thursday.

Stanley became the first Iowa quarterback since 1987 with at least 300 passing yards and 5 touchdowns in the Hawkeyes’ 44-41 overtime victory against Iowa State.

Along with his yardage and scoring strikes, Stanley’s completions (27) and attempts (41) were career highs.

The sophomore from Menomonie, Wisconsin, shares his Big Ten award with Wisconsin running back Jonathan Taylor.