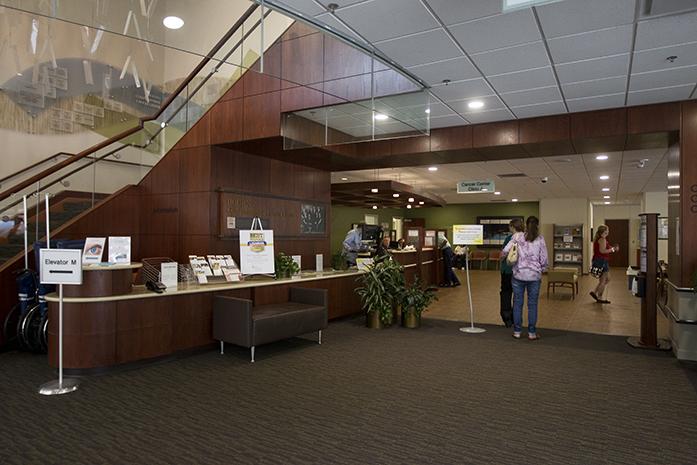 In early 2014, four faculty members in the University of Iowa Obstetrics and Gynecology Department were making important discoveries in their work with cancer, but they needed a way to implement what they found.

So they started Immortagen, an AI-based platform that uses algorithms to identify the key biological drivers of each patient’s tumor.

“Looking for commonalities among patients is not how we’re going to cure cancer,” said Kristi Thiel, an obstetrics/gynocology research scientist and one of the cofounders of the company. “We are in the era of big data … so why can’t we apply that to cancer?”

Immortagen focuses on what’s different about each person and uses that data to identify the key drivers of a patient’s tumor growth.

Most companies today take each individual patient’s tumor, do a biopsy of it, and then look for “the celebrities,” Thiel said, noting that 50 to 400 genes are known drivers of cancer or genes for which a drug has been developed.

“Just because that gene is there doesn’t mean it’s what’s driving the tumor,” Thiel said.

This broad type of treatment is ineffective, and that’s where Immortagen and its algorithms come in.

“[Doctors will] figure out where the cancer is in your body, but they’re also going to figure out what the driver mutation is and use that first to guide treatment,” Thiel said.

“Compared to other tools in the marketplace, we’re superior,” she said.

Immortagen’s use isn’t limited to treating patients; pharmaceutical companies can also use the platform to test the effectiveness of their drugs against cancerous mutations during clinical trials. Companies that collect and sequence DNA also are interested, as they try to better identify driver mutations in their work.

Thiel, Research Associate Professor Donghai Dai, research faculty member Baoli Yang, and Kimberly Leslie, the Niebyl Chair Professor of obstetrics/gynecology, developed Immortagen to turn their findings into a useful product that could be used for patients.

They soon began searching around the university for help.

“Pretty soon, we realized we needed business expertise,” Thiel said. “Venture School was one of the one key leaders in helping us understand how to take a really cool science idea and turn it into a commercial product.”

“Venture School was made for faculty like Kristi Thiel to help bring their ideas to market,” said Lynn Allendorf, the director of the Pappajohn Entrepreneurial Center, the home of the program.

Venture School trains start-ups with real-world experience and customer work and works to promote start-ups in Iowa. Immortagen completed Venture School in May 2014, and it continues to work with many UI entities, including the UI Hospitals and Clinics and the Holden Comprehensive Cancer Center as it works to bring its product to market.

“Other sequencing and cancer diagnostic companies can determine the mutational status of 50-400 pre-determined genes [so called cancer genes] that are deemed actionable, meaning there are drugs available or in development, but these few genes are selected based on historical scientific data and may not be the ones fueling tumor growth at the individual patient level,” Yang wrote in an email to The Daily Iowan.

Yang said identifying the driver mutations was the first step to devising an effective treatment.