Iowa City has signed on a brief in a Chicago case against the U.S. Department of Justice. 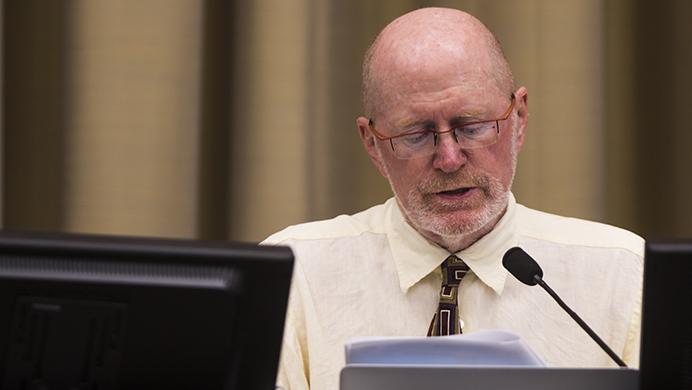 Iowa City has signed on to a brief that supports cities opposing federal grant regulations that would require local law enforcement to enforce federal immigration laws.

According to a press release from the city, 42 communities and organizations have signed the amicus brief with the U.S. District Court for the Northern District of Illinois. Chicago, the release said, has asked for a preliminary injunction to stop communities from having to comply with new federal grant criteria from the U.S. Department of Justice.

The grant criteria calls for local law enforcement help in enforcing federal immigration laws, the release said, and it specifically applies to the Edward Byrne Memorial Justice Assistance Grant, which gives aid in areas such as law enforcement and crime prevention.

The court will go on to resolve this matter, he said, but those who have signed on to the brief believe a very strong case is in favor of Chicago’s wishes being granted.

One of the most important parts of local law enforcement’s job is ensuring public safety for their communities, Throgmorton said, and Iowa City is not in the business of enforcing federal policy if it threatens public safety.

“Local governments do not want to be told by the federal government what to do when it comes to local law enforcement,” he said.

Throgmorton said that by complying with the newly issued federal grant regulations, some individuals in the community may feel that they are unable to trust local law enforcement.

The trust in law enforcement is essential to a city’s public safety, he said. All individuals in a community must be able to feel like they can talk with officers and report any criminal activity they see, he said.

Hayley Bruce, a spokesperson for University of Iowa Public Safety, gave one example of how the department allows trust to flow between officers and residents.

“The UI Department of Public Safety does not ask individuals about their legal status,” she said.

If the ways in which communities have built trust between any individual in the community and local law enforcement is taken away, Throgmorton said, it is much harder to ensure the best public safety for all.

The amicus brief also highlighted the importance of maintaining trust between officers and members of a community, regardless of immigration status.

“Our law enforcement officials patrol our streets, operate our jails, investigate and prosecute crimes, and secure justice for victims. To fulfill these responsibilities, amici cities and counties must build and maintain the trust of our residences, regardless of their immigration status, and we must adopt to policies which foster that trust and meet our communities’ unique needs,” the brief said.

9 Cities and 3 Counties in California

1 City and 2 Counties in Texas

1 City and 1 County in Colorado

1 City and 1 County in Washington

The District of Colombia