“The Solace of Trees” reading

Into the forest of subconscious. 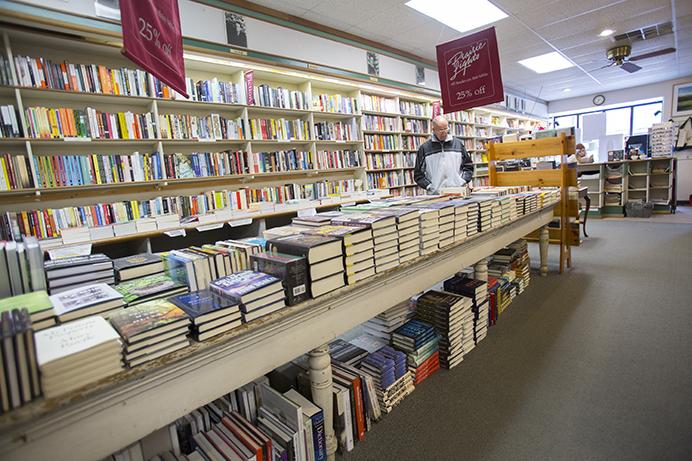 The Solace of Trees, by Robert Madrygin, is a novel about Bosnian war orphan Amir, who navigates his way through the horrors of war, the ever-present effects of PTSD, the loss of his family, post-9/11 America, and the outlasting force of hope.

The author primarily drew inspiration from the Bosnian and Syrian wars and felt the depth of the suffering.

“One side of me would feel hopeless,” Madrygin said. “I think at the heart of the book there is the struggle between two human conditions: hope and hopelessness.”

The story follows Amir after he becomes deaf and mute when his family is killed in the Bosnian war. He finds his way to a U.N. refugee camp with the help of his deep connection with nature.

Trees, which become are vital tableaux in the novel, originates with Madrygin and his unique childhood.

“I go back to my own childhood,” he said. “When I was a boy and we moved back to the States, we did not have a television, so I would go out and play in the woods. Moving place to place, nature was my stable friend. Trees are an extraordinary life form, and sometimes we forget that.”

Amir is taken to America, where he is cared for by a retired psychology professor. He had lived on a poor subsidized farm in Bosnia. It is a community tied with common relationships, values, and ideals.

Once in America, Amir takes solace in art, which is a vital tool he uses to cope with his trauma. From art-therapy exercises, filmmaking, and writing, Amir delves into the land of self-expression.

“Today, often we think of art in terms of its economic value,” he said. “Art is a lot like nature. It is available to everybody. It is a healing force. It is not really about the fame of the person partaking in it.”

Arrested for possible terrorist ties with his film professor, Amir must battle a xenophobic, misled, and marginalizing post-9/11-culture. To prove his innocence, Amir must relive a past so daunting, tragic, and insurmountable that it empowers him. The most important way the reader relates to Amir is through what Madrygin calls “the unconscious.”

“We are dealing with the unconscious all the time, but the emotion of it is rarely brought up within our communication with one another. Relationships between the external and the internal becomes a very critical element in how we deal with life, how we process the conditions in which we live … I hope by using the subconscious we would get a better sense of what it’s like to have gone through something like that.”

Madrygin makes us view the world from the perspective of Amir. This third person, past tense narrative, reads like a reflection. Madrygin draws us in with poetic language, haunting descriptions, an enduring plot, and a triumphant call for hope. His experience and his conversations with war orphans, PTSD victims, and immigrants over the years have helped shape the novel.

“It did not come in a definitive moment,” Madrygin said. “It comes very subtly and almost as a passing thought. If it returns, then it has actually begun to start itself … I wanted to talk about our world now in relation to armed conflict.”

Looking back on his life and début novel, Madrygin holds Iowa City close to his heart. In truth, this part of his life involves a stroke of luck and quite a bit of humor.

While on vacation, Madrygin happened to meet Holly Carver, the former head of the University of Iowa Press. The two began to talk, and the rest of her Iowa City travel group took him under their wing. Carver told him one day he could very well end up at Prairie Lights.

Now his book tour starts in Iowa City, and Madrygin has proved that with hope anything is possible.

“The first place I saw on the list was Prairie Lights, and I was absolutely delighted,” he said. “Instead of feeling frightened by this whole process, I feel like I am going home.”