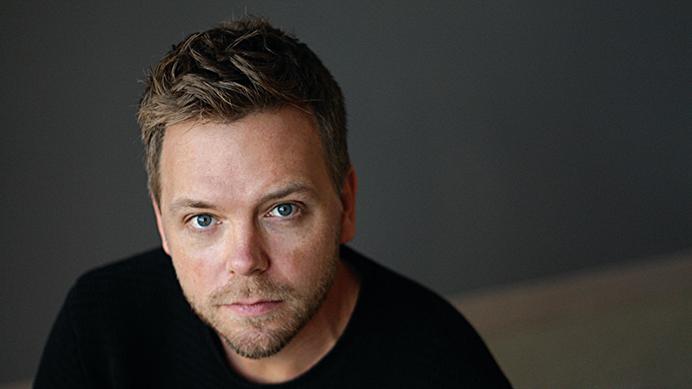 The Nix, by Nathan Hill, follows the life of a failed writer, Samuel, who was abandoned by his mother, Faye, when he is 11. Decades later — when his publishing contract is terminated, an English professorship goes awry, a video-game addiction with World of Elfscape consumes him, childhood burdens him — a viral video of his mother attacking an ultra-Republican presidential candidate is his only way out.

Through all of this dysfunction, Hill reveals the essence of our crowded, marginalized, and often-undesirable lives.

In the year since its release, The Nix has been named one of the books of the year by The New York Times, NPR, Amazon, The Washington Post, Newsday, USA Today, and the Huffington Post, just to name a few.

A University of Iowa alum, Hill was inspired by all of the people, bookstores, and authors who had occupied Iowa City before him. He references The Daily Iowan as his first paid writing position and a vital component to his early success.

“Iowa City is such a great incubator for writers,” he said. “All of the stories and legends who have been there … It just makes it feel like it’s possible because so many people have been where you are.”

He moved New York in 2004 with hopes of literary success, but the city was not welcoming. On his first day, his car was broken into while he moved into his new apartment, and he lost three years of writing in the process. Hill was forced to start from scratch.

In this down point in his life, he turned to World of Warcraft for solace. “The reason I was playing was because eventually I was good at it … My writing was getting rejected all over the place, and I was broke all the time. I could come home at the end of the day and fire up Warcraft, and I could relate to all the people in my guild.”

Hill set out to write a political short story inspired by the 2004 PNC protests. Instead, it ballooned into what would later become a 620-page novel. In fact, Hill wrote so much that he had to cut around 400 pages from the original manuscript.

“I never really expected or tried to write a novel,” he said. “I like to be surprised along the way. The way the shape of the book happened was the result of hundreds of small decisions in my writing studio over many years.”

After Hill moved from New York City to Florida and focused on the writing instead of publishing, the shift changed the course of his career.

Ultimately, it took him 10 years to write The Nix. It was well worth the wait. Around the seventh year, those close to him began doubting the book would ever be finished.

Hill refuses to write a dead sentence. Instead, he articulates stream of consciousness, switches character perspectives, hops from the fields of the Midwest to the streets of Chicago, merges numerous story lines, and uses timeless and alluring descriptions.

“The one thing that literature does better than any other art form is to give us a sense of what it is like to be in the head of someone else,” he said. “[Literature] is an empathy machine.”

He has constructed a novel that is satirical while it is heartbreakingly intelligent while it is vulnerable and powerful while it is unsure and haunting while it is liberating. In turn, The Nix, is a great literary paradox that balances all forms of emotion.

“Our own habits and rituals create a life that seems inevitable,” he said. “If your life, in any given moment, you chose to do the easiest thing, then a certain kind of life will surround you that almost feels like fate or definite.”

Over the course of the 10-part novel, the reader becomes painfully familiar with these fictional creations. In truth, Hill is aware of what our country needs to hear. Whether we want to hear it is up to us. The Nix discusses topical issues such as social media, quick Internet fame, and political unrest.