The acts of being against abortion and advocating for women are not mutually exclusive. 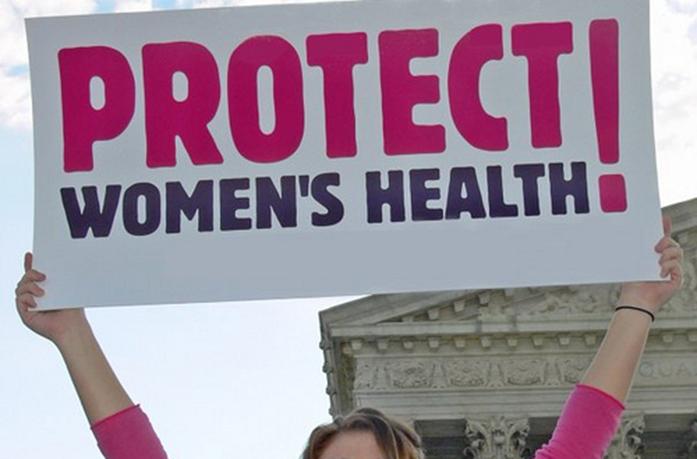 On Aug. 26, Sen. Joni Ernst, R-Iowa, and Gov. Kim Reynolds (R) were inducted into the Iowa Women’s Hall of Fame under protest by an advocacy group, Planned Parenthood Voters of Iowa. The women’s inductions were protested mainly because of their stance against funding any entity that provides abortions or has a facility in which abortions are provided. Planned Parenthood Voters believes Ernst and Reynolds ignore the “real” problems in Iowa. By real problems, the group refers to the
women being openly against abortions and places in which they are provided.

Ernst believes life begins at conception. Still, she has advocated for affordable contraception, according to ontheissues.org, proving that it’s not all black and white. Organizations such as Planned Parenthood are involved in efforts to help women with their health, and abortion is just one of the services. The groups also provide contraceptives, STI testing and treatment, as well as cancer screening and prevention.

People who coexist in America have the right to express their beliefs (at least for now), and there are many women that agree with Ernst. The idea that life begins at contraception is not a betrayal of women. It is simply a belief that is intertwined with the value of life. Because Ernst believes that life starts at conception, she doesn’t want women to end that life. This makes sense — it may be a conservative value, but at least it aligns.

The problem becomes when that value leads to the defunding of organizations such as Planned Parenthood that do a lot more than provide abortions. In fact, only 3 percent of all Planned Parenthood health services provided are abortion-related, according to the group’s annual report. So, defunding Planned Parenthood is really not the answer. However, most women who are anti-abortion are not out to strip women of their rights but usually just acting on their values.

Most talented persuaders will tell you that you can’t change your opponent’s values; you should instead try to use them to support your agenda. Most people who are anti-abortion stay with that belief because they value life. Well, the opposite side could argue that not providing abortion services is harming the woman’s life. The argument is especially the case when it comes to rape or if the woman has a high chance of not surviving delivery.

Women such as Ernst and Reynolds are not trying to ruin opportunities for women, they are instead trying to create opportunities for unborn children. Therefore, it wasn’t a disgrace that they were initiated into the Iowa Women’s Hall of Fame, at least not when it comes to abortion rights. In the end, it comes down to values, something that is very unlikely to change and shouldn’t be spit on just because it’s not a shared value.