Author David Daley spoke at Prairie Lights to discuss his novel and the plagues of gerrymandering on American politics. 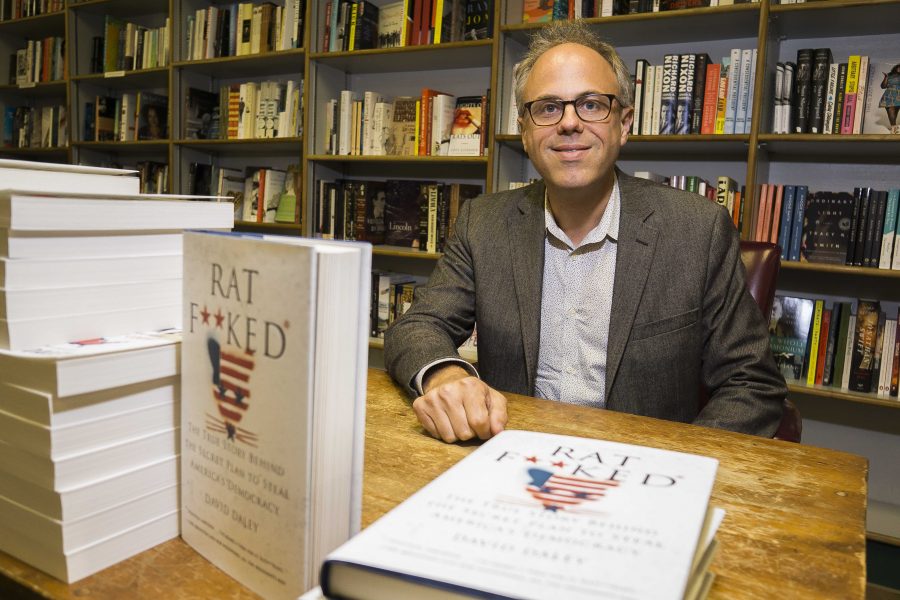 “If our democracy was a horror film, and increasingly it resembles one, the terrifying call would be coming from inside our house,” Daley said.

Daley referred to gerrymandering as “the dark, toxic art of manipulating district lines for unfair political advantage,” and he has been outspoken in his beliefs that it is extremely harmful to American democracy.

Jan Weissmiller, co-owner of Prairie Lights, emphasized the importance of having political-based readings like Daley’s, feeling that it provides the community with a platform for expression.

“We do feel like it’s very important to have a forum where people of any persuasion can come and listen and participate in the Q&A,” Weissmiller said.

Daley was inspired to write the book while working for Salon, an online news organization, in particular during former president Obama’s second term. He questioned why the Democratic party did not regain control even though Obama was re-elected in 2012, and began to dig in more about said interference and the strategies used to obstruct progress.

“It was so remarkable and impressive that I was amazed that this story hadn’t been told already, and I started looking into it,” Daley said. “The entire story kind of presented itself.”

Over the course of a year, Daley met with Republican strategists about the gerrymandering and redistricting methods they implemented; he stated that they were all highly transparent and open about their involvement, and that he wanted to tell this story in an unbiased way.

“I’m coming at this not as a partisan [person] or someone opposed to or in support of any candidate or politician or president, but as someone who believes that the essence of democracy is that our votes must be equal, that our elections must be fair, and that the side with the most votes wins,” he said.

According to the REDistricting Majority Project website, the initiative was created by the Republican State Leadership Committee after the 2008 election in an attempt “to keep or win Republican control of state legislatures with the largest impact on Congressional redistricting.”

The 2010 election proved to be a turning point in party control over various voting districts, ultimately ending with Republican influence increasing from 14 to 25 states.

“The truth is, in our state legislative or congressional races, or any time we vote in an election that is districted, the power to draw the lines brings the power to make the rules and decide the victor,” Daley said.

Throughout the reading, Daley emphasized how highly he values the state of Iowa and its politics as a whole.

“I spent a lot of time here working on this book, and Iowa is a special place,” Daley said. “Whenever I’m asked about solutions to our crisis of democracy and redistricting, I come back to the civic culture of this state. You have perhaps the most equitable and nonpartisan process in the nation, and you have more competitive districts as a result, because the voters of this state have said time and again that you will not tolerate with any unfair play.”

Looking forward to coming elections, both local and national, Daley thinks that awareness of political strategies and wrongdoings is vital to our overall success as a country.

Spencer Duball, a junior at the University of Iowa, attended Daley’s reading and believes that younger generations in particular must remain politically involved and informed, since those individuals will be the ones facing the side effects of current politics.