Williams: Democrats must win over centrists in order to defeat Trump

If the Democratic Party is going to successfully topple Trump and his administration, they must go back to their roots of a labor-movement party. 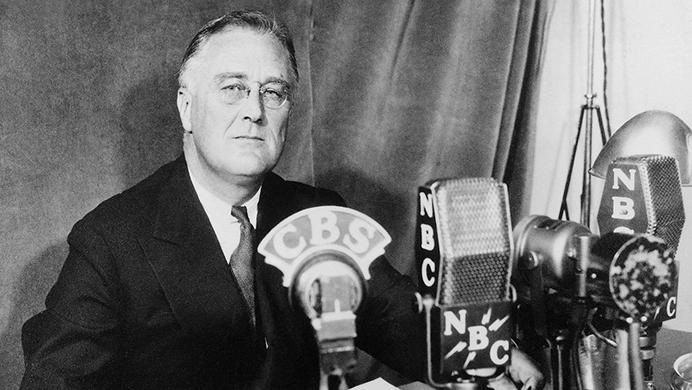 There’s an interesting debate going on in leftist circles concerning the future of the Democratic Party. On the one side, there is the call for a return to the party’s roots, going back to Franklin D. Roosevelt’s establishment of the social safety net that is still in place today, however enervated. After the establishment of this welfare system, income inequality gradually decreased.

This progressive element in the Democratic Party crested in the 1970s. Ever since 1973, income inequality has increased. Since then, there has been a slow but steady unraveling of the rules and regulations that reined in Big Business and gave those not born with silver spoons at least some usable cutlery. Labor-union membership and organization, corporate taxes, an impartial eye over a greedy Wall Street have all but disappeared, allowing the rich to get richer, and the middle and lower classes to stagnate.

The Democratic Party, supposedly the party of FDR, has in fact, since William Jefferson Clinton, become Eisenhower Republicans, and they show little interest in going after Big Money in the interests of The Average Man. Consequently, the party base has migrated. Because there is seemingly no difference between Republicans and Democrats, they voted for an outsider. If the Democrats want to be serious again, they must return to their roots in labor, informed by a principled critique of the capitalist system.

This is one story about what’s going on with the Democrats these days and what they should do next. The response to this is markedly less dramatic. To say that the Democrats care nothing for labor is an overstatement. To say that the Democrats and Republicans are the same party is a false identity. The Democrats were the ones who passed a universal health-care bill, not the Republicans. Moreover, a labor movement does not spontaneously arrive out of thin air. It takes time and lots of organizing. There just isn’t the sort of labor movement right now that can get people into positions of power, especially with the outsized share of corporate money pouring into state elections.

A national labor movement is at the present time a fantasy and doesn’t help us much in the practical domain of winning elections. There has to be a movement that wins the center. There will always be the die-hard Republicans and Trumpeters who are impossible to win over, but you don’t need them. There’s a sizable number of “soft Trumpers” who will be able to be persuaded to shift their support. While going further left will make for purer ideology, it’s meaningless unless your people are in positions of power, which means winning elections.

This is an intra-party debate that anyone with access to the Internet can listen in on. The above two positions were staked out by writers in Dissent magazine.