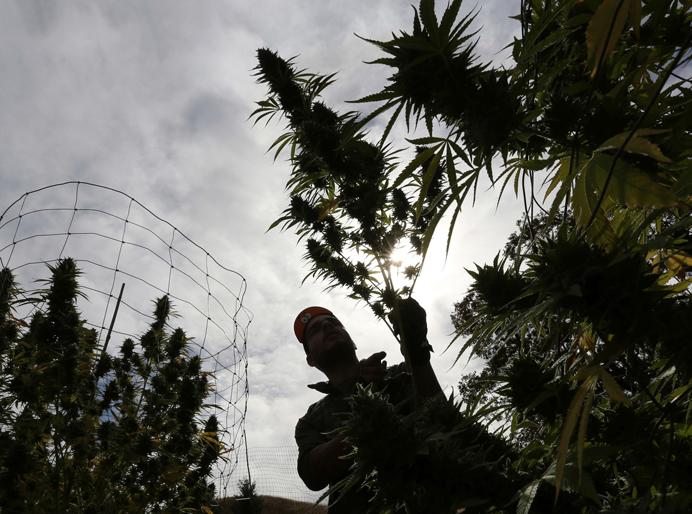 With Iowa being in bad shape financially, expanding the legality of marijuana in the state could be the solution.

Setting aside prejudice and stereotypes, it makes economic sense to legalize recreational marijuana in Iowa. Given that Iowa is currently in the midst of a bit of a budgetary quandary, it would make sense to try to raise more funds by taxing the sale of marijuana instead of raising other taxes.

Although the state is in no way in as bad of shape as our neighbor to the east (Illinois), a freshly released report by the nonpartisan Legislative Services Agency predicts a $104 million budgetary shortfall for Iowa’s coming fiscal year. This even takes into account a myriad of prior financial maneuvers that the state Legislature has wielded in an effort to address the fourth-consecutive year of declining farm income, which just so happens to play a rather large part in funding the state government.

So if experts say Iowa is facing a budgetary crisis, what potential options does the state have to balance the budget? It appears rookie Gov. Kim Reynolds will be forced to call the Legislature to a special session so that a deal can be struck. In the special session, the Legislature will then have to either raise revenue or cut spending. Most likely, to get the budget in line, a combination of tax increases and spending cuts will be levied in addition to borrowing some money from “rainy day” savings. But what if the state could find an innovative way to raise revenue so that spending doesn’t have to be cut? What if the state legalized the recreational sale of marijuana, as Nevada just did?

Admittedly, this is probably a pie-in-the-sky proposal. After all, Iowa is a fairly socially conservative state that has a history of being quite stingy about marijuana. Medical marijuana is legal in Iowa — however, only on a limited basis for specific conditions. Moreover, many patients have expressed dismay at the difficulty in acquiring marijuana legally for medical purposes because few dispensaries exist in Iowa (transporting marijuana across state lines is illegal, even if for medical purposes).

Nonetheless, support for recreational marijuana has been growing. A February Des Moines Register poll showed that the public is beginning to warm up to recreational marijuana; 39 percent of respondents approved, up from 29 percent in 2013. Maybe people are finally starting to realize what the medical community has reached consensus on: Marijuana is less harmful than alcohol and tobacco. Still, both state and federal government policies continue to frame marijuana as an illegal drug not safe for use by the public.

As a result, all this seems to set up a somber future for marijuana use in Iowa. Not to mention that the Iowa Legislature and governorship are controlled by Republicans, who traditionally aren’t the biggest fans of marijuana.

Perhaps, then, my proposal is more of a dream. I highly doubt whether it will even be considered as an option to ameliorate the budget shortfall, but it could help. Legalizing marijuana makes economic sense. If politicians and the public are willing to set aside their preconceived notions about “weed,” Iowa just might be able to come up with the money it needs. It probably wouldn’t be quite as much as Colorado’s reported $200 million in tax revenue for fiscal 2016, but it very well could at least help the state raise funds.