Outlook for tuition: UP 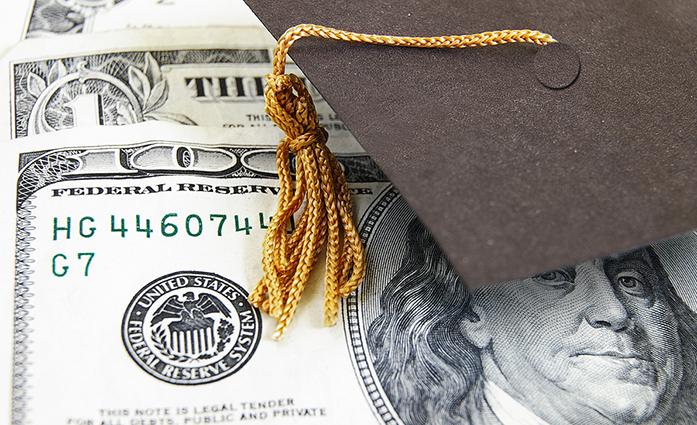 COUNCIL BLUFFS — Iowa’s public universities governed by the cash-strapped state Board of Regents may see a hike in tuition rates higher than the rate regents approved in December 2016.
The regents will have a telephonic conference after May 1 to add to the 2 percent increase in tuition for fiscal 2018.

Outgoing Regent President Bruce Rastetter said during a press conference at the regents’ meeting on Thursday that tuition will most likely climb by an additional 3 percent. In June, the regents will meet again for a second reading and approval of the rate.

Rastetter said the regents will also re-examine whether the “2+2” model for approving appropriations requests and tuition will continue to work.

One of the challenges the regents have faced, and will continue to face, Rastetter said, is the stark reality of declining state revenues affecting the budget for higher education.

As a result of a state budget shortfall now amounting to $131 million, the state Legislature trimmed $9.2 million from the University of Iowa’s midyear budget, and that cut represents a reduction in state appropriations of that amount each year going forward.

To discuss the realities of public support for the regent institutions, Rastetter said, the regents’ office has been asked to create a task force including regents and legislators on the Appropriations and Education Committees in the Legislature and other stakeholders.

With the regents’ approval of a tuition increase, UI President Bruce Harreld said in a February interview with The Daily Iowan the gain in tuition revenue will almost entirely be used to make up for the reduction in the base amount of state appropriations.

“… Almost every penny of that went back to the state with this de-appropriation,” he said.

Additionally, Harreld has pushed for a tuition hike at the UI. The DI previously reported in March on his plans to bring tuition rates, which are currently among the lowest of its peer group, to the average of its peer institutions.

The regents approved in September 2016 what they said was a dynamic two-year model for approving state-appropriation requests and tuition rates to offer students and families predictability and the ability to better plan financially for investing in a university education.

“That 2 percent was incumbent upon the state increasing tuition 2 percent for two years,” Rastetter said. “Clearly, what we didn’t anticipate when we developed that program and that received support last fall from the governor, now there’s state revenues that dramatically affect budget cuts …”

Jacob Simpson, the UI Student Government president-elect for the 2017-2018 school year, told the DI the two-year model is insufficient in providing students with predictability in anticipating tuition rates.

“If tuition is going to increase, we can’t be raising tuition in the summer when students have committed to come to the University of Iowa based on a past level of tuition,” he said. “We need to have a long-term plan in place so that students know what they’re getting into so that they can prepare financially for changes in tuition.”