Townsend: Pay to protect against risk 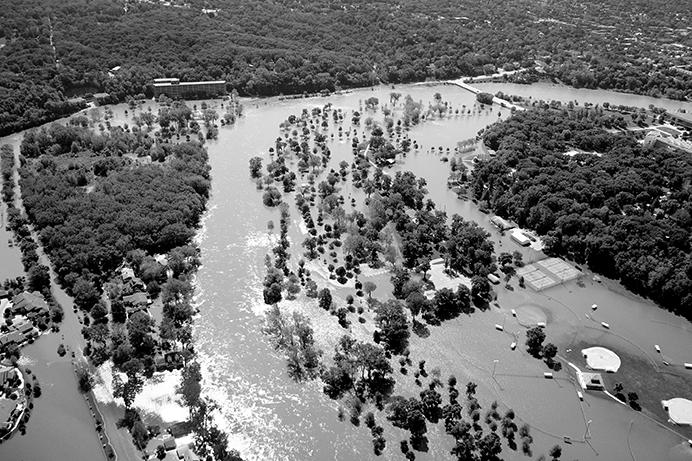 Nearly nine years after the infamous flood of June 2008 struck Iowa City, the University of Iowa remains stringent about protecting against possible future flooding. The Iowa Flood Center is budgeted at $1.5 million, according to the University’s Financial Management and Budget Office’s webpage. The Iowa Legislature, after first proposing to cut all funding to the Iowa Flood Center, has recently changed the proposed cut to $300,000, instead of a complete removal.
For current undergraduate students who were not living in Iowa City at the time of the flood, it may be unclear why a budget preventing against risk is so large. For students and other community members who were not present in 2008, it can be difficult to understand why considering risk factor is so critical.

The 2008 flood “affected more than 2.5 million square feet of building space (the equivalent of one-sixth of the UI campus) … and resulted in $743 million in damage and recovery costs,” according to Iowa Now.

The recovery cost accounts for renovation of buildings such as Mayflower, the IMU, and the Main Library, along with constructing a new Voxman, a new art building, and a new Hancher, all of which were completed in 2016. The high cost also covered backup solutions for utility systems in case of flooding, after the UI Power Plant was temporarily closed in the aftermath of the flood. The closing of the plant posed a great risk to campus, which relied on the plant to power residence halls, the UIHC, and other university buildings.

The 2008 flood, which was caused in part by climate change, will likely not be the last of its kind. In 2013 and 2014, Iowa City was flooded on a smaller scale, but there weren’t major threats in both cases. Because of the research by The Iowa Flood Center, a branch of UI Hydroscience and Engineering, a repeat of 2008s disaster was prevented, according to the Hydroscience and Engineering’s website.

The Iowa Flood Center, which receives the state appropriated budget of more than $1 million annually, was established in response to the June 2008 flood. The center is meant to protect the campus against future flooding and to provide community members with information regarding flood risk. It also grants community members access to Iowa River flood-inundation maps and provides specific information on rainfall and current flood warnings by the minute.

To some, it may seem redundant to spend a large budget on preventing risk. After all, the money is spent whether Iowa City receives threats of a flood that year or not. Still, the cost of future flood prevention is far less than the cost of damage might be should Iowa City experience another major flood in the future. With the Iowa Flood Center, researchers are able to continue protecting our city. As climate change continues to cause increased rainfall, flood prevention cannot be taken lightly.