A popular insecticide has been found in drinking water for the first time on the UI campus. 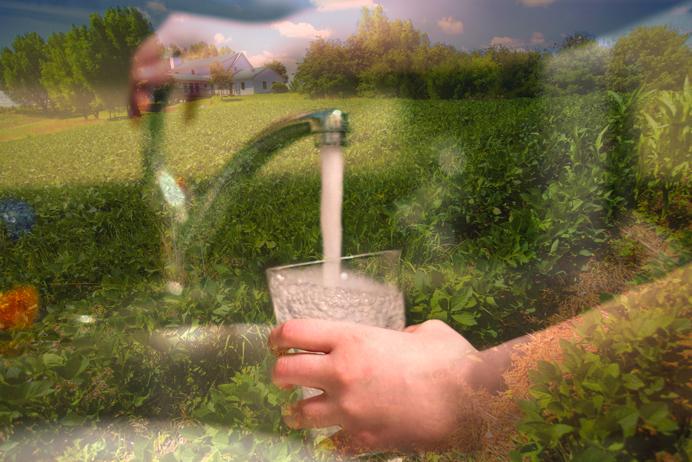 The infamous pollinator-killing insecticide, neonicotinoids have been found in University of Iowa drinking water.

This is the first time “neonics” have been reported to be present in drinking water, according to a study published by UI researchers in conjunction with the U.S. Geological Survey.The study, published on April 5, revealed three types of neonics — clothianidin, imidacloprid, and thiamethoxam — were present in samples of UI drinking water taken between May and July 2016.

The three neonics were detected in levels ranging from 0.24 to 57.3 nanograms per liter.

Because neonics have never been found in drinking water, the Environmental Protection Agency has no standards for how much of the insecticide can be safely consumed, said Gregory LeFevre, a UI assistant professor in the IIHR — Hydroscience & Engineering and one of the authors of the study. He said these findings can help future research on the toxicity of neonics in humans.

“One of the things that is important to emphasize [is that] the University of Iowa Water Plant didn’t do anything wrong,” LeFevre said. “There are no EPA standards for these compounds, so it’s [not] anyone’s fault or anything. It’s simply a fact of the matter that there’s a high amount of these pesticides used in agriculture, so what goes on on the land affects the drinking water.”

UI graduate fellow Kathryn Klarich, the lead author of the study, said the study was not intended to evaluate the toxicity of neonics but rather to see if they were present and what happened when they went through conventional water treatment.

“There are not good data on low-level chronic exposure [of humans to neonics], so we can’t make a conclusive statement on whether they would be toxic,” Klarich said. “They’re not known to be really toxic to humans except in really high concentrations, which wouldn’t be present in drinking water.”

The study also revealed that the UI water-treatment methods did little to nothing to remove the insecticide from the water. Since the study was conducted last year, the UI Water Plant has added a system called powdered carbon filtration. The method was added on March 28 to resolve excessive levels of trihalomethanes discovered in February, as previously reported by The Daily Iowan.

A similar method is used in the Iowa City Water Plant, where it proved to be effective in removing neonics from drinking water in the study.

All three types of neonics were “substantially lower” in water that went through the Iowa City facility, according to the study.

Ben Fish, the assistant director of utilities & energy management at UI Facilities Management, said that although it is concerning that neonics have been found in the water, the bigger issue is that materials that are used on farm fields are undoubtedly making their way into the Iowa River.

“[This] makes it more difficult and more important for us to be more vigilant about the treatment methods that we have,” he said. “While [neonics are] not of particular concern because of the concentration and what it is, the broader issue is that it’s concerning that we continue to find more things in the river that we have to remove in order to make safe drinking water.”

“These are fairly new pesticides … they’ve become much more popular in use in the last decade or so, so there’s not a great amount of data available,” LeFevre said. “It’s a real testament that everything in the water system is connected, and what goes on does eventually have an impact on the drinking water quality for our communities.”