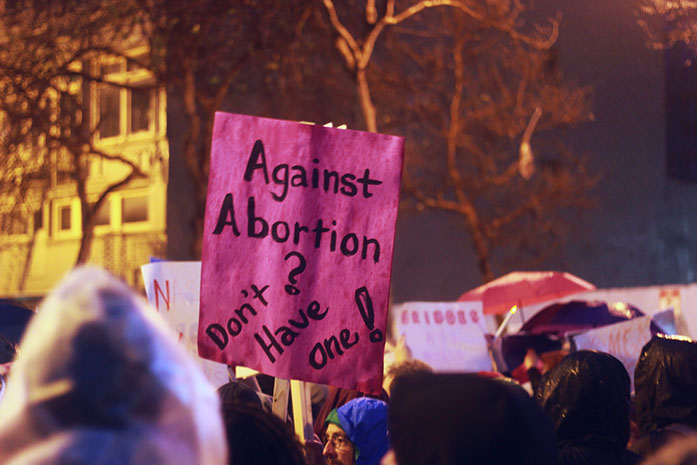 The Iowa House Human Resources Committee passed a ban on abortions after 20 weeks, dropping the “heartbeat measure” that would have banned them after a heartbeat is detected. The reason for dropping the heartbeat measure was because of upset constituents and an estimation that the measure wouldn’t go over well with the rest of the Iowa House. The bill passed the committee on an 11-8 vote.However, neither Democrats nor Republicans are happy with the bill. The majority of Republicans believe these restrictions are not enough, considering House Republicans were pushing the heartbeat-measure bill that would have ended the right to have an abortion after about six weeks. Those who lean to the right tend to advocate for the rights of an unborn child, believing that a child’s life begins at conception. With this belief, it is easy to become emotionally invested in restricting a woman’s right to terminate her pregnancy.

The debate over whether abortions should be legal has been around for generations, even before abortions became legal with the passage of Roe v. Wade (1973). The battle seems to come down to women’s rights versus an fetus’ rights.

It’s hard to come up with legislation that respects both parties. This makes the discussion automatically come down to values and which belief system will win. The debate becomes more difficult to respect when there is a small number of women involved in the legislative process; it seems ludicrous that a group of men over 40 should debate something that is a lot more likely to affect young women in their 20s. There are seven women the Human Resources Committee, 14 men.

Women, who represent and can identify with those who will be affected by this bill, were only one-third of the people debating it. Still, Democrats are upset with the bill’s little room for exceptions such as rape, incest, and fetal anomaly. Without these exceptions, the bill seems immoral, going against their values and beliefs.

Abortions after 20 weeks are more gruesome than early on abortions. Late-term procedures, if not done by induction of labor, are performed with surgical techniques that crush, dismember, and remove a fetal body from a woman’s uterus. At this point, the fetus is within weeks of a developmental age of potential viability outside the mother. However, according to the Guttmacher Institute, a research and policy organization committed to advancing sexual and reproductive health and rights in the United States, only about 1 percent of abortions are performed after the 20th week. Many of them are due to severe developmental or genetic fetal abnormalities that are not found until after 20 weeks.

It’s strange how abortions are medical procedures yet becomes so politicized. If someone was undergoing a surgery that removed a cancerous tumor, everyone would be for it. Unborn children are not tumors. However, abortions are medical procedures that can benefit the woman and others involved. An important thing to remember is that the unborn child so many are fighting for is not up against an army of soulless soldiers. The unborn child is often at risk for danger, whether that be suffering from a life-altering illness or being raised in a harmful home. Neither side in this debate is a villain. They are all just fighting for a life they believe deserves justice.