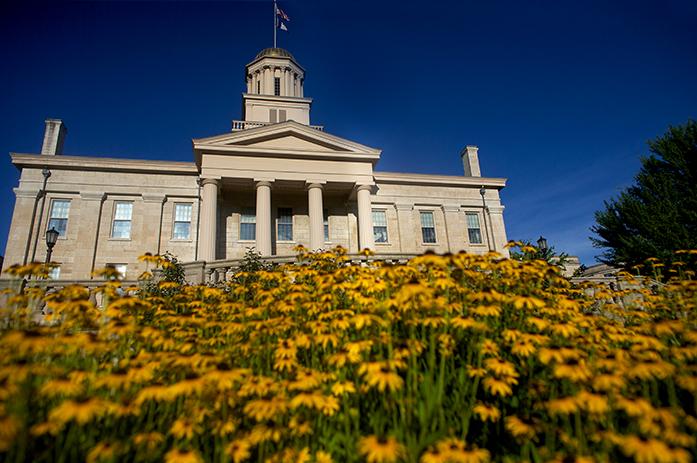 University of Iowa Student Government President Rachel Zuckerman will graduate in May, and she wants her administration to leave the student government and the university with a parting gift, the first-ever UISG strategic plan.
The plan will be developed by a committee composed of three executives and five senators.

Zuckerman, who has been involved with the organization since her freshman year, is dismayed by the repetition of certain problems in the governing body.

“We have short-term problems most of the time,” she said. “So it’s difficult to view our organization with a long-term lens. We have to set goals so we are not tackling the same issues four years from now.”

There are several core issues Zuckerman wishes to tackle, but accountability is one of the most important to her.

“We can change the culture of the organization if we use [these] positions to the best of our ability,” she said.

Zuckerman noted that a more efficient senator orientation and a stronger transition between administrations is important to the formation of the plan.

“When we started the process, it felt selfish right away to do this type of internal evaluation,” she said. “But housekeeping is necessary to inspire future administrations.”

UISG Vice President Lauren Freeman agrees with Zuckerman about the necessity of having a plan. For her, the plan represents a comprehensive discussion of the problems that currently plague the student government.

Freeman is optimistic about the reaction the plan has sparked among UISG senators.

Zuckerman and Freeman understand the importance of a clean transition between administrations, which may pose problems for the plan’s implementation.

“That’s part of our conversation now,” Freeman said. “We want to know what the best mechanism for implementation is.”

UISG Sen. Lilián Sánchez, who is involved with the plan, said she is excited.

“Because of my current position in internal affairs, I focus on the maintenance of the bylaws and constitution of UISG,” she said. “That is something we want to implement more of in the plan — we want to become a more efficient student government.”

Sánchez said she wanted to commend the current administration on the formation of the strategic plan.

“Out of everyone, I am not surprised Rachel is the first president to implement a plan like this,” she said.

A date for the completion of the plan is unclear at this point, but Zuckerman and her administration wish to complete it by the end of the year.

“This is something we’re definitely excited to implement,” she said.