‘Supplemental tuition’ coming to the fore 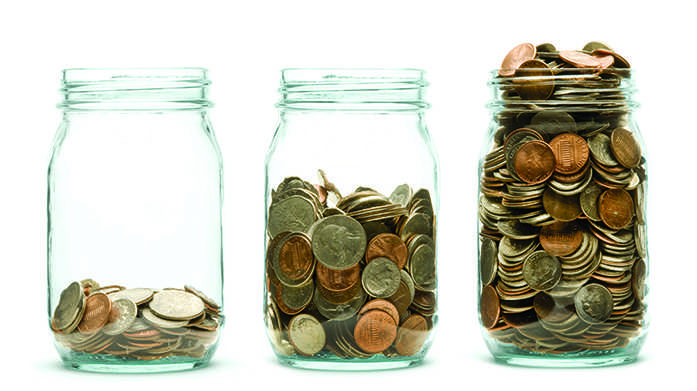 There is a growing trend at Iowa’s public universities to impose higher tuition rates on expensive academic programs, such as business and engineering, as administrators struggle to work with tight budgets.Differential tuition, also called “supplemental tuition,” has been discussed as one way to handle the state Legislature’s detrimental $21 million cuts to public higher education last month, which have left the regent universities scrambling.

Some people, however, have expressed concerns about the added financial burden this places on selected students and uncertainty around how the money is spent.

“I don’t feel like I know a lot about how the extra tuition money is used,” said Sydney Knox, a University of Iowa senior and computer engineering student.

In July 2016, UI business and engineering students saw supplemental increases in addition to the $250 and $400 increase for residents and nonresidents, respectively.

The breakdown of approved tuition increases, passed unanimously by the state Board of Regents, was as follows:

Many administrators say this is a simple economic argument.

“Certain majors or programs are more expensive to provide than others,” said Provost P. Barry Butler in a statement released in July 2016. “To remain a leader in these programs, we need top-notch faculty, state-of-the-art laboratory space and research equipment, and dedicated support staff. Differential tuition allows us to more fairly distribute the cost to the students studying in those programs.”

Iowa State University has taken a similar approach, requiring upperclassmen in certain programs to pay more than freshmen and sophomores. In the College of Engineering and College of Business, students with 60 or more credits pay the differential rate.

“The cost of educating engineering students is greater than the cost of educating most other students due to highly laboratory-intensive courses, smaller section sizes, and the need to provide competitive compensation for world-class faculty,” according to the ISU College of Engineering website that explains differential tuition. “As the state’s share of the cost of education decreases and students pay for a larger share, we are now in the situation where tuition from students in programs with lower instructional costs effectively subsidizes the higher cost of educating future engineers.”

Associate Dean for the Tippie College of Business Ken Brown said supplemental tuition is necessary so the school can compete for the best business students and faculty members.

Market salaries for business faculty are, depending on the department, anywhere from 20 percent to more than 100 percent, he said, more than a typical liberal arts salary.

The average academic year faculty salary in the College of Liberal Arts and Sciences is $117,004 for the 2016-17 year, according to the UI’s annual publication of departmental salaries. The average salary in Tippie is $232,257.

The college has struggled to retain faculty in the past. Brown pointed out that a faculty member who holds a doctorate in finance could be working on Wall Street doing equity research or building algorithms for hedge funds.

“That’s the kind of job where the base salary may be $300,000 per year, but the bonus potential might be half a million,” he said. “We have to make it at least remotely competitive.”

“It wouldn’t be fair if we got rid of supplemental tuition and then raised everybody’s tuition,” he said. “I don’t want an English major to bear the cost of a finance faculty member.”

He also noted that the Pappajohn Business Building, home of the Tippie College of Business, is often a public face for the university. It is frequently used for student, family, and alumni tours. For this reason, school repaints, gets new carpet, and purchases new computers at a pace that is about twice as fast as the rest of campus, he said.

“Instead of painting a wall every five years, it gets painted every one or two years,” he said.

The college has two full-time staff members who ensure the building is well-maintained. These costs are covered directly rather than getting money from central administration.

“We have parents in our building every single day, looking to decide if they’re going to bring their student here,” Brown said.

Overall, he said the salaries are higher, the building is kept nicer, technology is more accessible and there is a better ratio of academic advisers to students.

“You’re paying for all of this in a way that I actually think it equitable and fair,” Brown said.

It is simple math, he said.

“Our cost of doing business is higher.”

The College of Engineering has seen an rise in enrollment, growing by 70 percent since the fall of 2009. Administrators contend that differential tuition will allow them to address the college’s increasing student-to-faculty ratio, which has grown from about 16:1 in 2009 to 25:1 in 2015, according to a statement about tuition from the university in October 2016.

Knox and Audrey Hemesath, both engineering students, find the supplemental rates to be frustrating but understandable.

“I was a little upset to hear that tuition was higher for engineering majors compared to liberal arts,” said Hemesath, a senior industrial engineering major. “I almost felt like I was being punished or penalized, especially at a time when encouraging students to pursue STEM degrees is so important.”

She went on to recognize, however, that she will likely have a high starting salary, which offsets some of the extra tuition costs.

“A degree in engineering definitely provides more monetary worth in the long run,” she said. “And because of that, I am willing to invest more in my education now because I know it will pay off eventually.”

Knox and Hemesath both say they benefit from technology like 3-D printers, mechanics labs, and computers with specific engineering software.

This raises the question, however, if tuition differences dissuade some students from pursuing costly majors.

A 2013 study conducted at the University of Michigan found that differential tuition discouraged some students from enrolling in the more expensive programs. The effects were most pronounced for females and minorities — student groups that are already underrepresented in certain fields.

There is evidence that some UI students also feel the added financial pressure.

Peter Gerhard, a UI academic adviser, said he knows of pre-business students who try to avoid the higher tuition and fees by taking required business courses that don’t have admission to the college as a prerequisite. This way, they save money taking classes outside of the business school for as long as possible.

However, he said, he doesn’t think that the added expenses are what ultimately dissuade students from studying in Tippie.

“If students change their major from pre-business to something else, it is usually because they realize that they don’t like the business curriculum or because they find it very difficult or impossible to achieve the GPA needed for the prerequisite courses,” he said.

Brown said diversity is a top priority for his college, but socioeconomic diversity is not where staff and administration focus their attention. Rather, the college has set ambitious goals to increase women and racial minorities in the college by 3 percent for the next three years.

He recognized the growing challenges related to higher education affordability, including that that higher education is now contributing to income disparity in America rather than alleviating it.

“It is a huge issue and it is one that I would like us to address,” Brown said.

Students and administrators alike acknowledged the market differentiation in alumni giving for certain colleges, which can help offset these problems through scholarships for students who need them. Brown said the business school did very well during the UI Foundation’s recent record-breaking campaign that generated nearly $2 billion for the university. Hemesath said the engineering school offers many scholarships that help cover tuition costs.

Brown said he is interested in learning more about issues with supplemental tuition. A staff member in his college is working to develop a taskforce of pre-business students to explore their obstacles to admission. Brown said this effort will help them better understand if the college’s additional cost creates barriers that force students to reconsider their major.

“I feel like we’re doing the right things, but we can’t let the fact that there’s so much more left to do immobilize us,” he said.