UI scientists studying black holes are not concerned about any danger from the cosmic phenomenon. 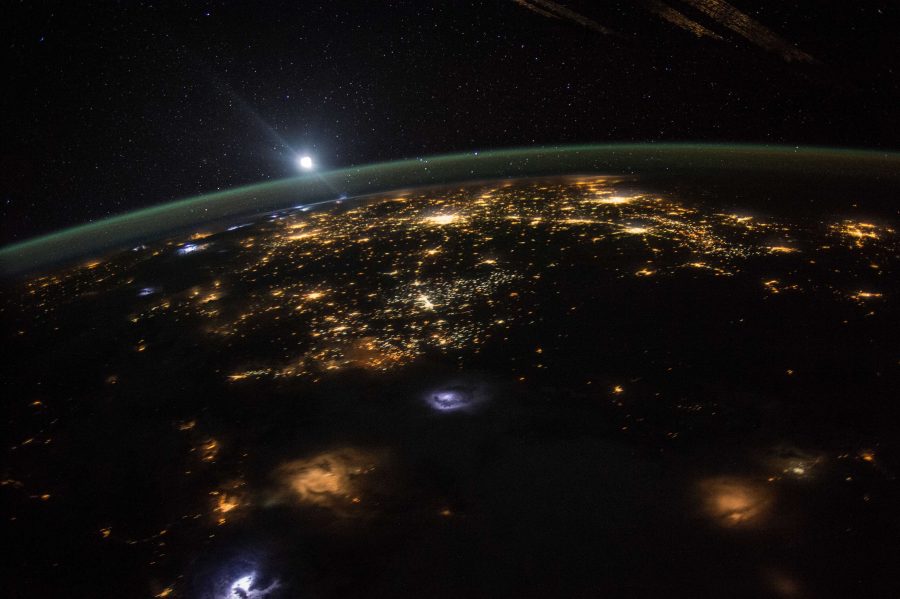 Black holes are fascinating and may seem terrifying; recent findings show a large collection of them near Earth, but experts at the University of Iowa say these discoveries will enhance research, and the black holes are ultimately harmless.NASA recently did indeed find a series of super-massive black holes “near” Earth. These discoveries are interesting in part because black holes are some of the most extreme objects in our universe, said Matthew Brorby, a graduate research assistant in the UI Physics and Astronomy Department.

“Black holes are these very massive objects that are confined to such a small space that not even light can escape them,” he said.

Because light cannot escape them, black holes are essentially invisible and have historically been difficult to study, according to the NASA website. Black holes vary in size, the smallest of them likely forming at the very start of the universe. Larger, stellar black holes form in a more cataclysmic fashion at the end of a star’s life.

“Stars form at a wide range of masses,” Brorby said. “Once you get above a certain mass of a star, it will live out its life as a star and then go through certain phases, until it eventually will run out of fuel.”

When these stars run out of fuel, they can no longer hold themselves up against gravity, eventually collapsing to form a black hole, typically after it explodes into a supernova that blasts part of the star into space, Brorby said.

UI Physics and Astronomy Professor Philip Kaaret studies black holes and looks at the manner in which black holes can explain more about our early universe. The Milky Way, he said, like most other large galaxies, has a black hole at its center that can help scientists figure out the galaxy’s origin.

“To really understand how the Sun got here and how our own galaxy formed and evolved, we have to understand the super-massive black hole at its center,” Kaaret said.

Black holes aren’t objects that are visible, so their detection usually requires the use of X-ray technology, Brorby said.

“For black holes, what we’re really seeing in the X-rays is the material around them,” Brorby said. “It gets extremely hot, around 1 million degrees Kelvin [1,799,540.33 Fahrenheit]. The material that falls into them can get funneled into jets. Photons that are coming into these jets hit fast-moving electrons that are really hot. This gives them a lot more energy and turns them into X-rays instead of UV light.”

Brorby and Kaaret study black holes, specifically the ways they can help with understanding the transparency of the universe.

“The universe is actually very transparent, but when it formed, it wasn’t,” Kaaret said. “So a big question in astronomy asks how it went from being opaque to being transparent. What we’re trying to find is galaxies nearby that are like the galaxies that were here early on. We study the black holes inside of those galaxies to see if they had an influence on how the universe became transparent.”

NASA recently produced one of the deepest X-ray images ever, revealing an extensive network of black holes in Earth’s cosmic backyard. Like Kaaret and Brorby’s research, these insights can help understand the very early universe, said Cornelia Lang, a UI associate professor of physics and astronomy.

The future of black-hole research is especially exciting right now because scientists may be on the brink of some new and interesting images of black holes.

“I think we are closer to making detailed images of the very close surroundings of our own galaxy’s black hole than we have ever been before,” Lang said. “Some colleagues of mine across the U.S. are using a new instrument … to try to make the sharpest image to date of the bright region around our galaxy’s super-massive black hole.”

These images, Lang said, would be the first of their kind and could tell scientists even more about what Earth’s galaxy looks like at its most extreme.

“They don’t really pose a threat; they’re just very interesting to look at,” he said.

Although black holes can “warp space and time around them very dramatically” and “influence the paths of massive objects that come near them in significant ways,” Lang said, this warping will likely never affect Earth.

“If the Sun was suddenly replaced with a black hole that had the same mass, the Sun would stop shining, but otherwise we wouldn’t notice,” Kaaret said. “Everything would orbit the same way.”