Children’s Hospital to get new scanner 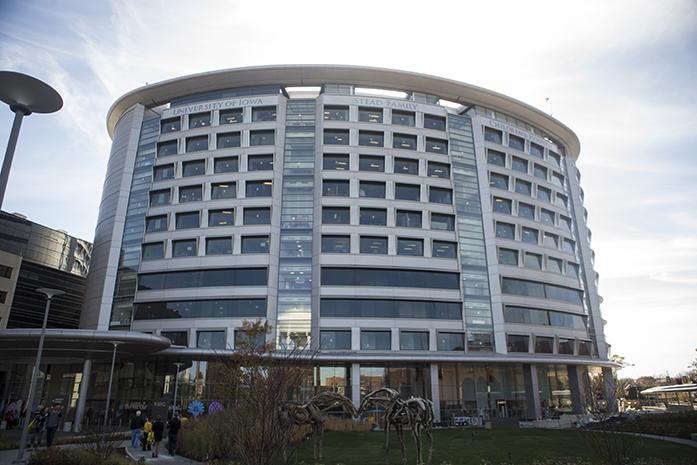 The University of Iowa Stead Family Children's Hospital on Saturday, November 5, 2016. The hospital hosted a weekend open house for the new $364 building. (The Daily Iowan/file photo)

The new University of Iowa Stead Family Children’s Hospital will be equipped with many advanced technologies, including the first SOMATOM Drive computerized tomography (CT) system.

The new equipment is a highly advanced scanner that administers a lower dose of radiation than most common CT scanners.

According to a study reported in Time, around 4,870 types of cancers could be caused by the 4 million CT scans done on children per year. However, lowering the dosage could prevent 43 percent of these cancers.

The new CT scanner was provided to the Children’s Hospital by Siemens Medical Solutions USA Inc. One of four of its kind in the world, it has advanced technology and design that past scanners do not, which helps with pediatric medicine.

Among the advantages of the new system include its lower dose of radiation.

UI Professor Colin Derdeyn, the head of the Radiology Department, pointed out that while X-rays are very safe, it’s always safer to use less because of the potential risk of cancer it has with children.

Another benefit is the speed it takes to film the pictures. The device is able to scan children in less than a second.

The shorter examination period means the children don’t have to be sedated to keep them still.

In addition, neither of these assets affects the quality of the pictures, allowing doctors to get high-definition photos.

The valuable features don’t stop there.

“It also has lighting that can be used as a distraction,” said Christine Ziemba-Landon, a product manager for Siemens.

“Kids are fascinated by that [lighting],” said Jeff Buckley, a senior manager for Siemens Media Relations.

He said the company introduced the lighting feature in mammography systems.

Another key feature of the scanner was designed to help make the patient feel safe and secure.

“It has a touch panel on each side of the table,” Ziemba-Landon said.

This is to help keep the technician in the room with the child as long as possible, only stepping out when the actual photo is being taken.

The Children’s Hospital was chosen to receive this scanner for various reasons.

“The product introduction came at the right time,” Ziemba-Landon said.

She said the timing of when Siemens could deliver the product was in sync with when the hospital was ready for it.

“We have had a very long, strong relationship with Siemens,” Derdeyn said. “We have often been at the front of the line to get some of their new technologies.”

He said the UI has worked with it in the past to develop and test other technologies.

Both Derdeyn and Ziemba-Landon agree that this new technology will be a trend in CT scanners.

Derdeyn compared it to new technology we see in iPhones, computers, and cars, because every time new technology is developed, it is used in the next model.

Ziemba-Landon emphasized the importance of the lower dosage of radiation, saying that it’s definitely a trend.

The scanner will début when the new hospital opens, on Feb. 26.