Dance Marathon a success, despite not achieving goal 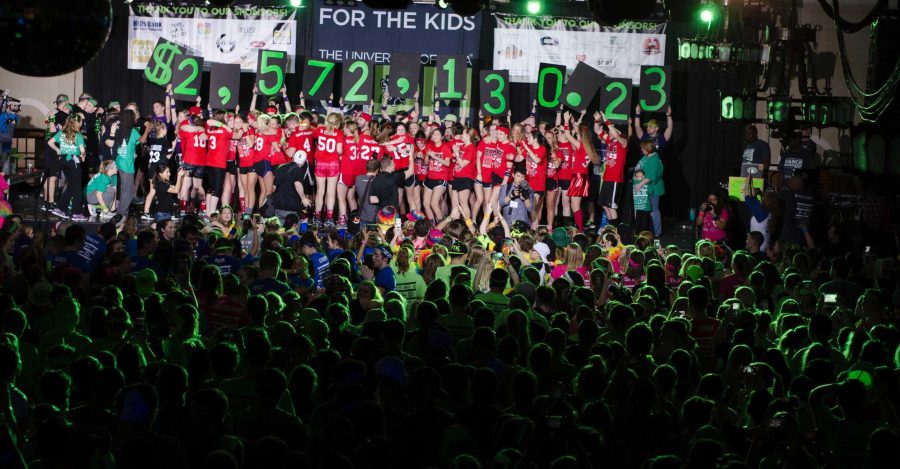 The official number was revealed at the end of the 24-hour Big Event on Saturday in the IMU Main Ballroom. The organization fell short of its goal of $2,758,511.23.

The air was heavy and thoughtful after the showing of the Dancing in Our Hearts video, and a recap of the past 24 hours.

The money will be used to support families who are dealing with pediatric cancer, as well as research, and other things.

Despite not accomplishing the $2.7 million goal, dancers are proud of their efforts.

“Dance Marathon 23 is not defined by a number, it is defined by an army of college students with the will to fight against pediatric cancer, and put an end to it,” Kennedy said.