Guest Opinion: President Harreld after a year in office 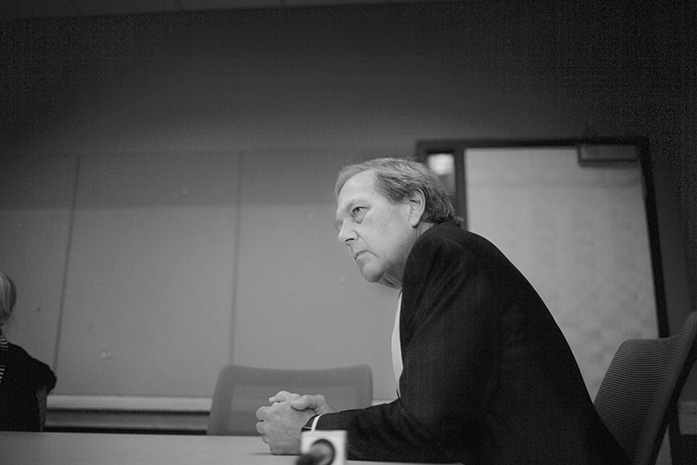 University of Iowa President Bruce Harreld celebrated his first year in office by refusing to give any interviews to the press or hold any of the town-hall meetings that he had promised when he arrived. His spokeswoman told the Gazette that Harreld believes others can provide a better evaluation of his first year. We are taking him up on the statement. How is he doing?

Let’s begin with his handling of the fundamental crisis facing the unversity: Our academic reputation is falling in relation to our peer institutions. Under President Mary Sue Coleman, we were the 19th ranked public university in the nation, and it was her aspiration to put us in the top 10. As Harreld took office, we had fallen out of the top 30. It is an open secret that Iowa’s membership in the prestigious Association of American Universities is in jeopardy.

To Harreld’s credit, he can read a spreadsheet, and he figured out last spring why an Iowa degree is falling in value: There is inadequate support for faculty research and teaching. He made a good-faith effort to lobby the Legislature to deliver on the regents’ recommended $4.5 million increase. The Legislature essentially zero-funded Iowa.

After the legislative session, Harreld called for the university to become less dependent on federal and state funding. These words are hot air, unless they are code words for the full privatization of our public universities. There is no substitute for federal and state funding for a public research university. We can only hope that he will not give up in his search for public resources for faculty at a public research university. If he has given up on the search so soon, and given up on attempts to persuade community leaders that faculty are worth supporting, the prospects for the university are grim.

What about shared governance, one of the central principles of the university enshrined in the University Operations Manual thanks to decades of close cooperation between the Faculty Senate and the American Association of University Professors? Harreld has publicly embraced shared governance, and he works closely with the leadership of the Faculty Senate. However, in some cases, his actions have not lived up to his words. Jean Robillard was appointed dean of the Carver College of Medicine without a search involving faculty, an appointment that was even more questionable given that Robillard was head of the Search Committee that resulted in Harreld’s appointment.

Finally, there is Harreld’s response to the sanctions placed on the university by the American Association of University Professors following an impartial, outside investigation of the circumstances surrounding his appointment. The AAUP sanction sends a message to the academic world that the university has been the victim of extremely serious misgovernment, and the sanction has received wide publicity in that world. It is difficult to see how any distinguished academic administrator would ever apply for a position as president of the university until this sanction is removed, and the Faculty Senate has taken the initiative to appoint a committee to investigate ways to remove the sanction.

Harreld was not responsible for the conduct of the search; that was the task of the head of the regents, Bruce Rastetter, and the head of the Search Committee, then-interim university President Robillard. However, his public statements on the AAUP sanction leave little hope that he will cooperate with the Faculty Senate committee. He issued a bizarre public statement about the AAUP, one that he must know is untrue, condemning the organization as a union and dismissing the sanction as unwarranted. We can only hope that the Faculty Senate committee can persuade Harreld to cooperate in removing this stain on the reputation of the university.

— by Ann Rhodes and Jeffrey Cox