Another side of Arabic cultures 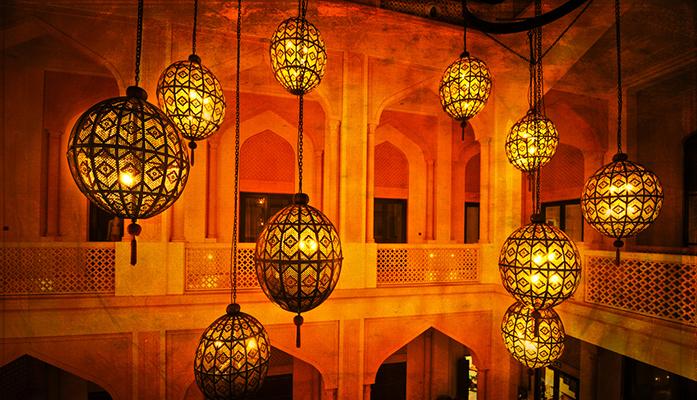 An event that will take place tonight will give the University of Iowa community members the chance to experience a part of Arab culture that the media don’t usually expose them to.The Arab Student Association will host an event called Arabian Nights beginning at 7:30 p.m. The event is a chance for both Arab and non-Arab students to come together and experience parts of Arab culture.

“There are two purposes of Arabian Nights,” said Sara Lettieri, a member of the Arab Student Association in an email to The Daily Iowan. “Primarily, we want to reach out to all the Arabs in the community so we can come together and celebrate our own diverse cultures. Arabian Nights allows a sense of unity among Arabs that is hard to find, because we seem to be so far and few in between in Iowa. The other purpose is to give the greater public a chance to be exposed to Arab cultures.”

Lettieri noted that there is no one Arab culture.

“Arabs are not all the same,” she said. “Some people have no idea about any Arab country’s culture. This is a chance to invite them to learn about Arab culture, on our terms [without their appropriation].”

Arabian Nights will be hosted at Sultan’s Hookah Lounge in Coralville and include activities such as hookah, professional belly dancing, Arabic music and dancing, and more.

“I love the belly-dancing show,” Gada Al-Herz, the president of the Arab Student Association. “It’s something that especially in Iowa you don’t really get much of.”

“The reason we are putting more emphasis on this year’s event is because in the political atmosphere that’s going on right now,” Al-Herz said. “There has been a lot of hate toward minorities, a lot of misunderstanding of other peoples’ cultures and how they live. Arabian Nights gives us the chance to show a different side of Arab culture that Americans who don’t have connection to it aren’t normally exposed to.”

Arabian Nights has been a long-standing tradition with the association and the most popular event it hosts.

“I’m excited for people to see a glimpse of our culture,” association member Omar Khodor said. “This is an opportunity to sit down in an environment and embrace Arab culture with good friends in a nontraditional way.”

The association hired a Ukrainian-American belly dancer from Des Moines to put on the show.

Lettieri said she enjoys the Arabic music and dancing.

“My favorite part of Arabian Nights is when attendees get to dance,” she said in an email statement to the DI. “I love dancing dabke with other Arabs. We usually teach non-Arab attendees how to dance like us, and it is entertaining. We get to play all our favorite Arabic songs, old and new.”

All proceeds from the event go to other events that the association will host next semester, such as a formal.

“Arabian Nights has multiple activities that I’ve never experienced before and will let me broaden my horizon,” said UI student Alex Schwaderer. “I think attending various cultural events like this is good for fostering understanding in a world full of misunderstanding.”

The Arab Student Association hopes that those who attend Arabian Nights will leave with a different perspective on Arab culture.

“People can be fearful of things they don’t know or understand,” Al-Herz said. I think it’s human nature to be scared of the unknown. But events like this let people experience the unknown. On TV, you see Arabs rioting and blowing themselves up. That’s how prejudices are formed against groups. But when you do that, you are ignoring all the others that are nothing like that. This event is all about breaking that barrier.”

“In the end, we are all just people coming together to have a good night,” he said.