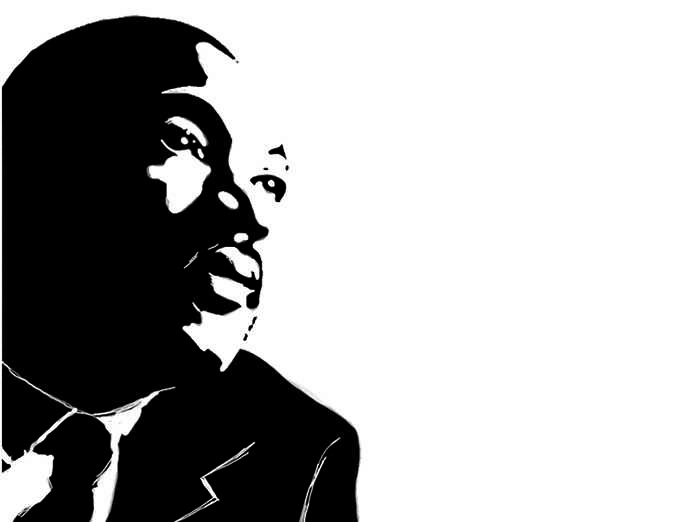 As the UI celebrates the 57th anniversary of Martin Luther King’s visit, students and faculty members reflect on opportunities to further inclusion.

Racial issues are just as prevalent as they were 57 years ago, when Martin Luther King Jr. set foot on the University of Iowa campus during the Civil Rights Movement, say several leaders who work closely with diversity and race relations.

“We have a lot of the same concerns as when Martin Luther King visited campus, although they may look a bit different, and on the surface things look more open, people still face a lot of barriers in terms of access and in climate how they’re treated,” said UI sociology and African-American studies Assistant Professor Jessica Welburn.

On the night of Nov. 11, 1959, King gave a lecture addressing the future of race relations. The lecture was part of a tour he was conducting in Northern states with messages of racial antidiscrimination activism.

“From press accounts at that time, the climate of Iowa City in 1959 was simply that there was a very real climate of racism,” McCartney said. One of the key issues, he said, for African-American students on campus at that time was housing discrimination.

Students of color could not live in residence halls at the UI until 1946, when a group of African-American women were allowed to move into Currier Hall. The housing market was not governed by any ordinance that protected renters from racial discrimination, even after 1946.

“But there also was a very sincere effort by a number of residents to address that and rectify the situation,” McCartney said.

Within one year of King’s visit, UI students formed the Student Association for Racial Equality, which was affiliated with the Student Nonviolent Coordinating Committee. The Racial Equality Association gained national attention, because it was unusual for Northern universities and colleges to have an organization in response to racial discrimination organized by primarily white students.

Following the formation of the association, Iowa City formed a Human Rights Commission in 1963.

“It certainly served as a catalyst for the community to discuss race relations in Iowa City,” McCartney said.

Welburn said racism, more specifically microaggressions, can range from small slights to more blatant actions and comments that are meant to stigmatize people to oppress and to deny opportunities and access.

“We’re not legally segregated for the most part, and there are no Jim Crow laws here or anything, but … [microaggressions] can be assumptions on someone’s abilities and goals and talents based on race,” she said. “It recognizes that exclusion happens in a lot of different ways, but the consequences remain severe.”

Although the UI has worked to increase diversity on campus, obstacles still persist, Welburn said.

However, Welburn acknowledged that there are actions being taken at the administrative level when it comes to issues of representation.

Tabitha Wiggins is the assistant director for Equity and Inclusion as well as the project director for Being Black at Iowa — a success initiative for African-American students on campus — in the UI Division of Student Life.

Before Wiggins, there was an absence of a figure who dealt with these specific issues and tasks she handles on a daily basis. She said she spends part of her time reviewing policies and procedures as well as programmatic things to see how their division is helping their most marginalized students.

Her current position at the UI was introduced just two years ago for two reasons. Half was because the university needed to fill in the gaps about multicultural knowledge and competence in Student Life.

The idea of better representation was a common thread. UI student Tayo Oladele-Ajose believes the UI needs to have an improved representing faculty.

“Having a professor who understands the social and legal implications that comes with holding a certain identity can make all the difference in a classroom,” Oladele-Ajose said.

Welburn said it’s not a healthy environment for students to have never had a minority professor on campus.

“If people aren’t being prepared in college to interact across diverse lines, they’re not really prepared to go out to the broader society,” she said.